Her Beauty presents: a brief human history lesson about human dietary habits. For thousands of years, our ancient ancestors feasted on delicious raw tree leaves and wild antelope or something like that. Forgive us for not being experts at anthropology. Anyway, fast forward to modern times and our cuisine has grown increasingly imaginative to almost terrifying degrees. Based on some of the culinary creations that have gone viral, it could be argued that restaurant chefs are really starting to get carried away. With that in mind, here are 10 insane food creations that prove restaurants are trying way too hard to impress us.

1. Candied Bacon Hung from a Clothesline
If you ever dreamed of having your dinner served to you in the same manner as drying laundry, David Burke Fabrick, a New York City-based restaurant in the Archer Hotel had you covered. Yes, in past tense. The restaurant closed last year. Sorry about that. 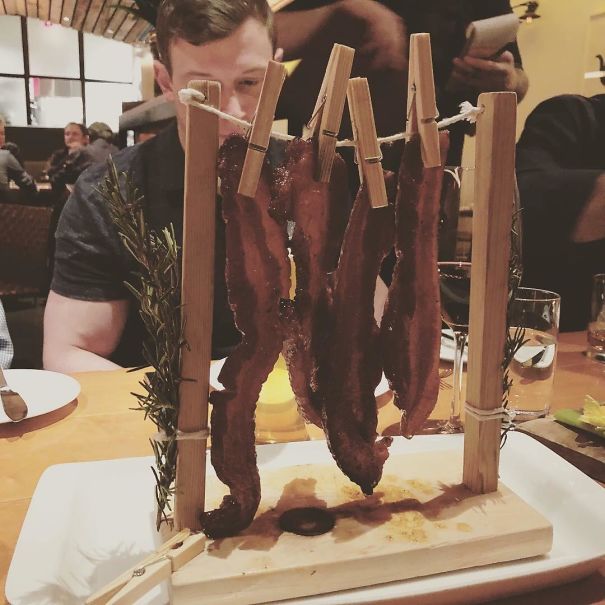 2. Communal Spaghetti Served on a Table
When Bunky’s Cafe in Madison, Wisconsin serves spaghetti, they forgot the plates. Instead, it is dumped onto a plastic table cover that is capable of serving four people. A true communal experience to be sure, although wouldn’t the lack of a warm plate cause the spaghetti to get cold pretty fast? 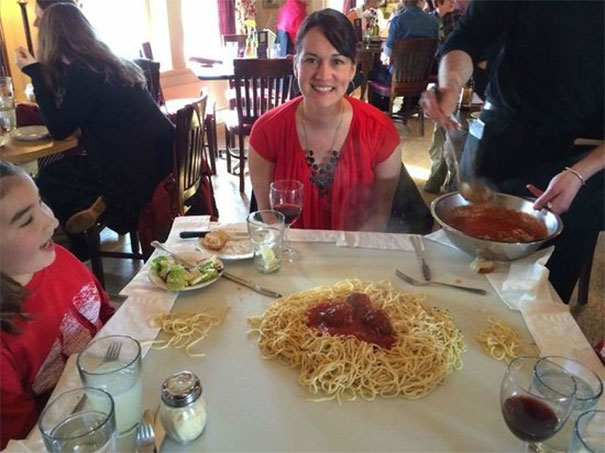 3. Onion Soup Served in an Onion
If you’re looking for soup served in a weird way, the Range Steakhouse in Laughlin, Nevada has you covered. “Onion soup served in itself” might actually not be that bad of an idea. But just don’t eat the peel. 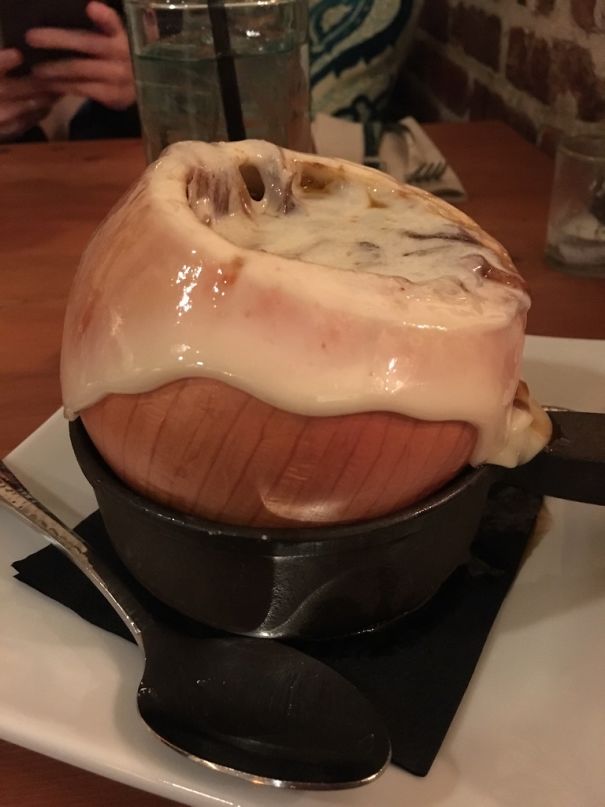 4. Cigarette dessert
There’s apparently a restaurant in Philadelphia that serves dessert that resembles a cigarette complete with an ashtray. Of course, the chef was so preoccupied with whether or not he could make a cigarette dessert, he never stopped to think if he should. 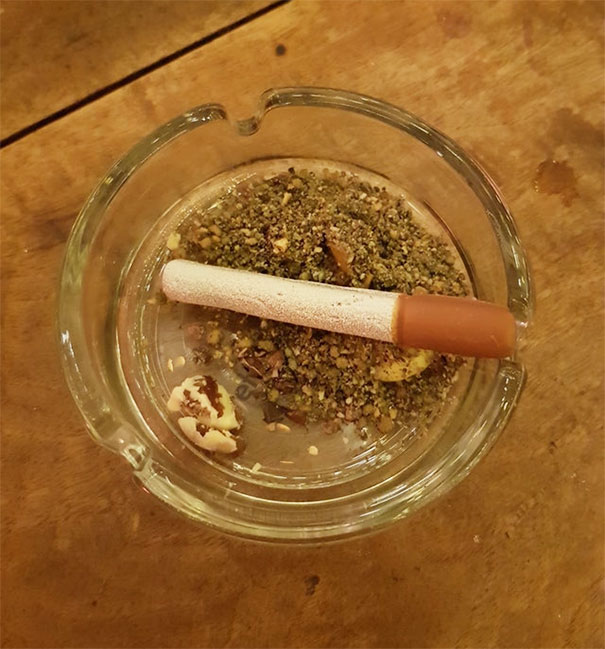 5. Coffee with Weird-looking Croissants
A coffee house in Costa Mesa, California is serving up coffee with croissants painted in a purple goo. It’s really hard to make croissants look unappetizing, but these guys sure found a way! 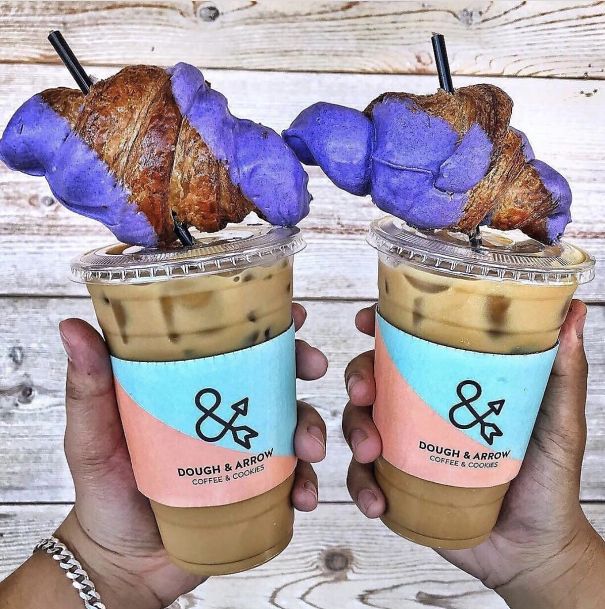 6. Steak and Potatoes Served in an ice cream glass
A restaurant in Stockholm came up with this idea, and it isn’t even their weirdest. They also serve tacos in shoes. 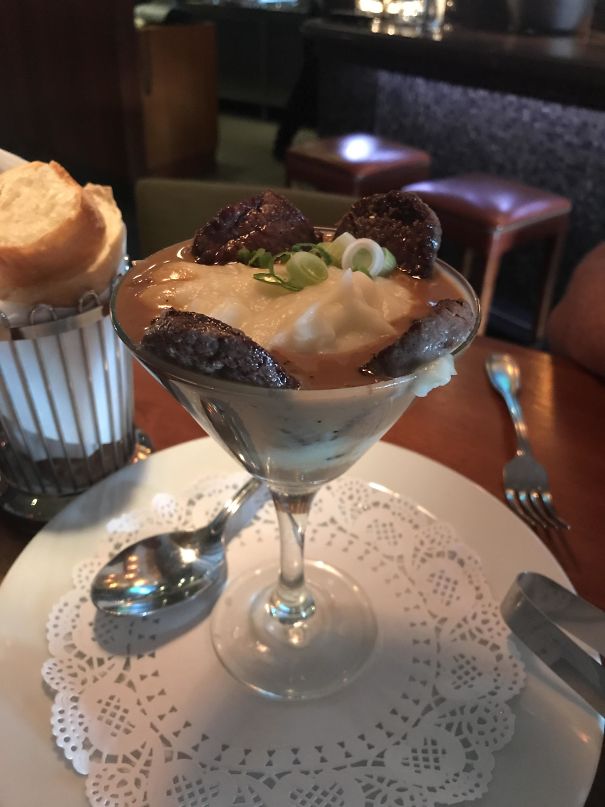 7. Food Served in an Umbrella
Her Majesty’s Secret Service in Bristol, England has found all sorts of disturbing ways to serve up food. Here, we have customers opting for their meal out of an umbrella. They also serve food on sandals, if you’re into that sort of thing. 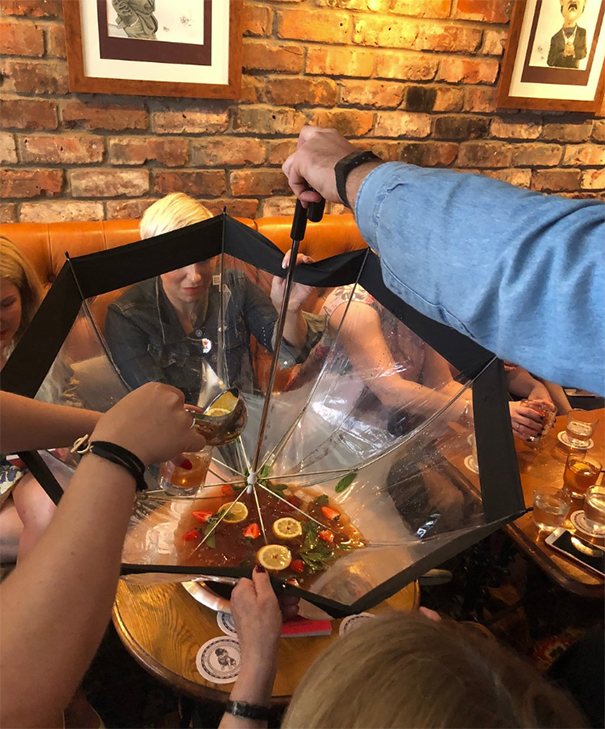 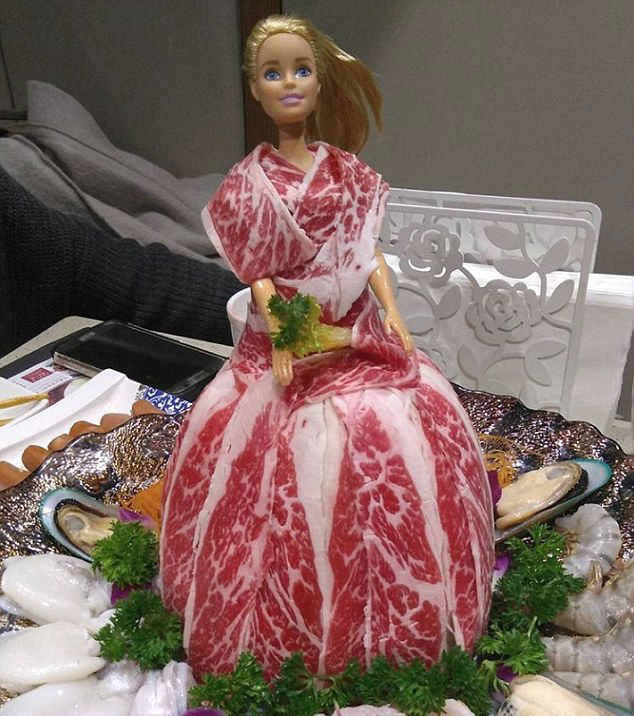 9. Faux Rat Skeleton Covered in Meat Slices
We weren’t able to figure out which restaurant is responsible for this, but that is probably for the best. 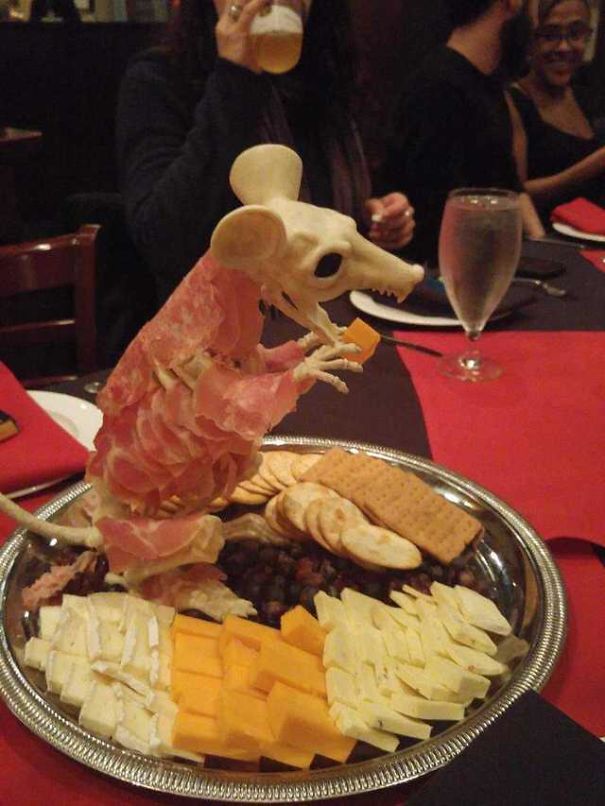 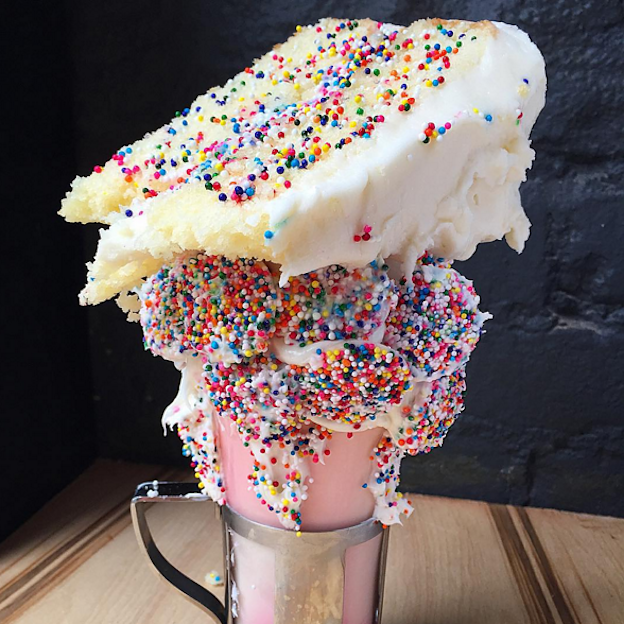