Nowadays, makeup bloggers become famous for their contouring skills, or uncanny ability to create sexy yet terrifying Halloween aesthetics. But McDrew doesn’t follow the rest of the herd – she does her own thing, with looks inspired by the digital landscape, androgyny, and other less than conventional looks. 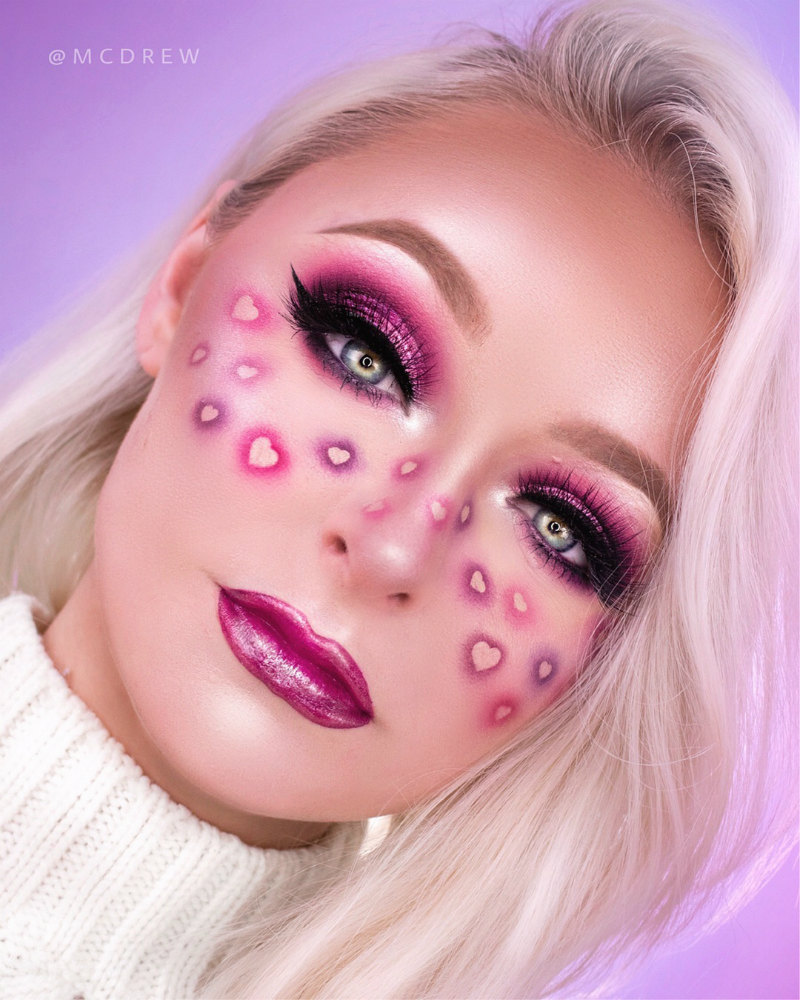 While she does use Photoshop to edit her looks, she’s totally open about it (she even offers tutorials specifically on that), and you can see from her live Youtube videos that her talent is no joke. 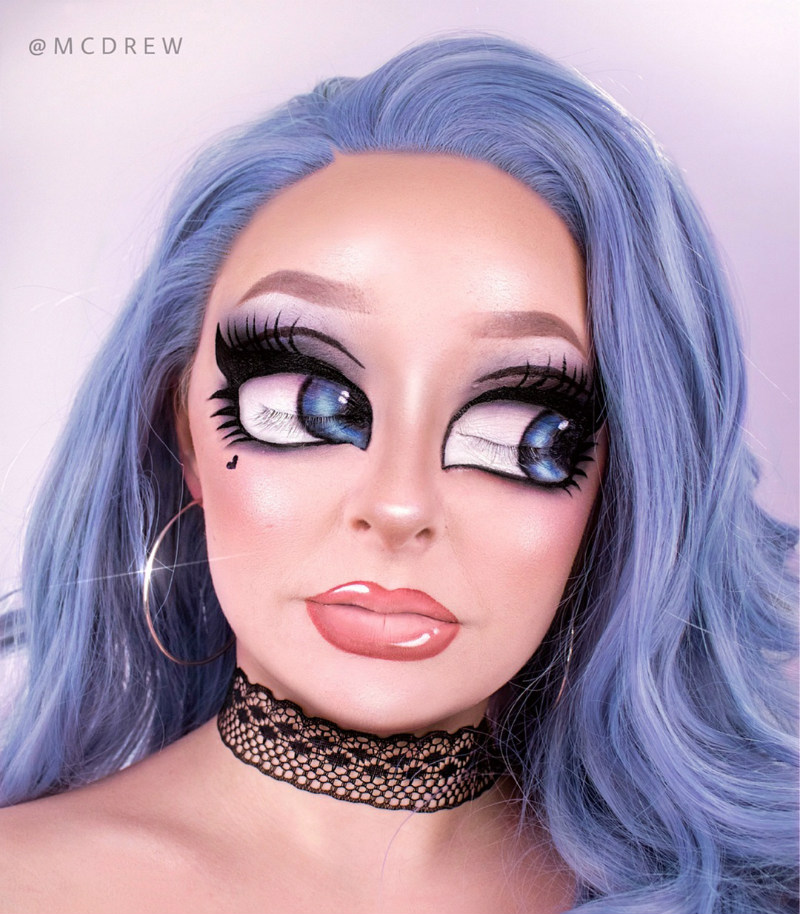 We love how open she is about her process – especially her “from sketch to reality” posts that show her fans the behind-the-scenes magic and even helps spark their own imaginative creations. 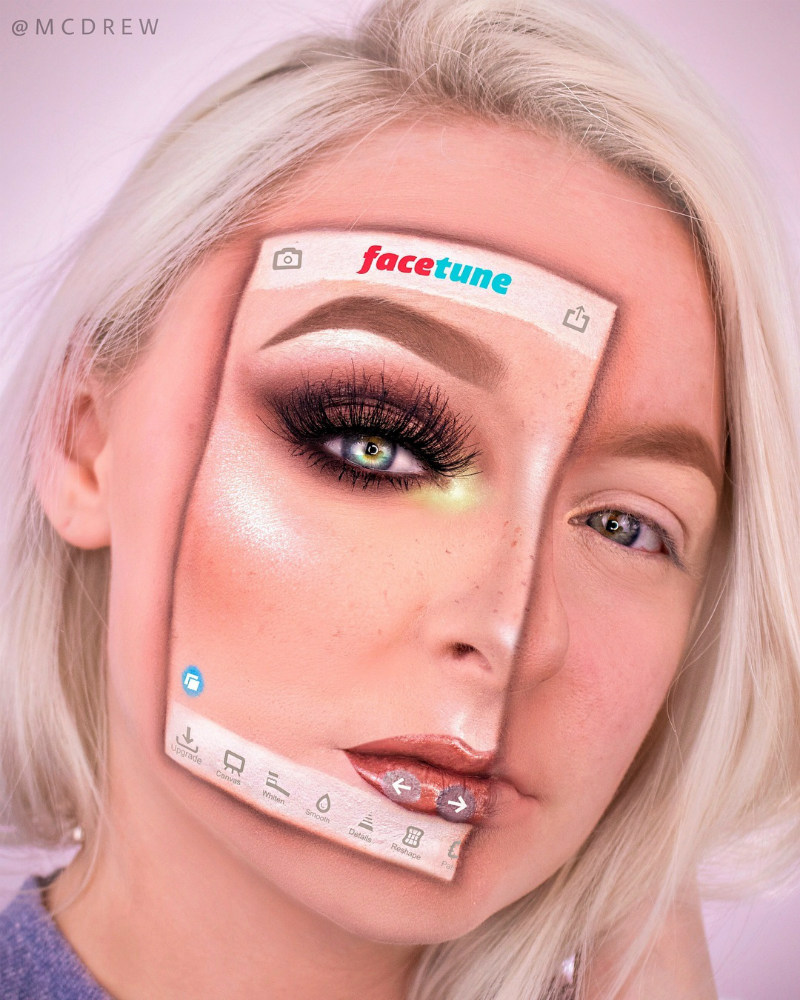 In a seemingly normal look, you might find a small hard stenciled into one of her eyebrows. 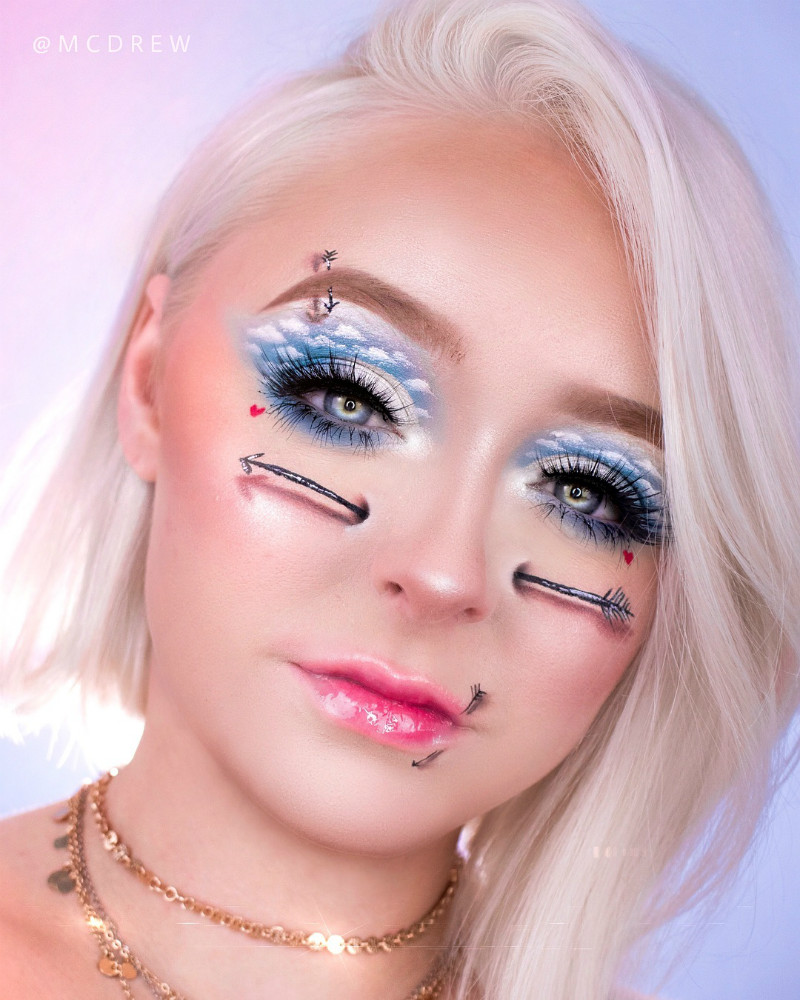 On another, you might find more whimsical looks a la Lisa Frank, with feminine rainbow clouds dancing around her cheeks. 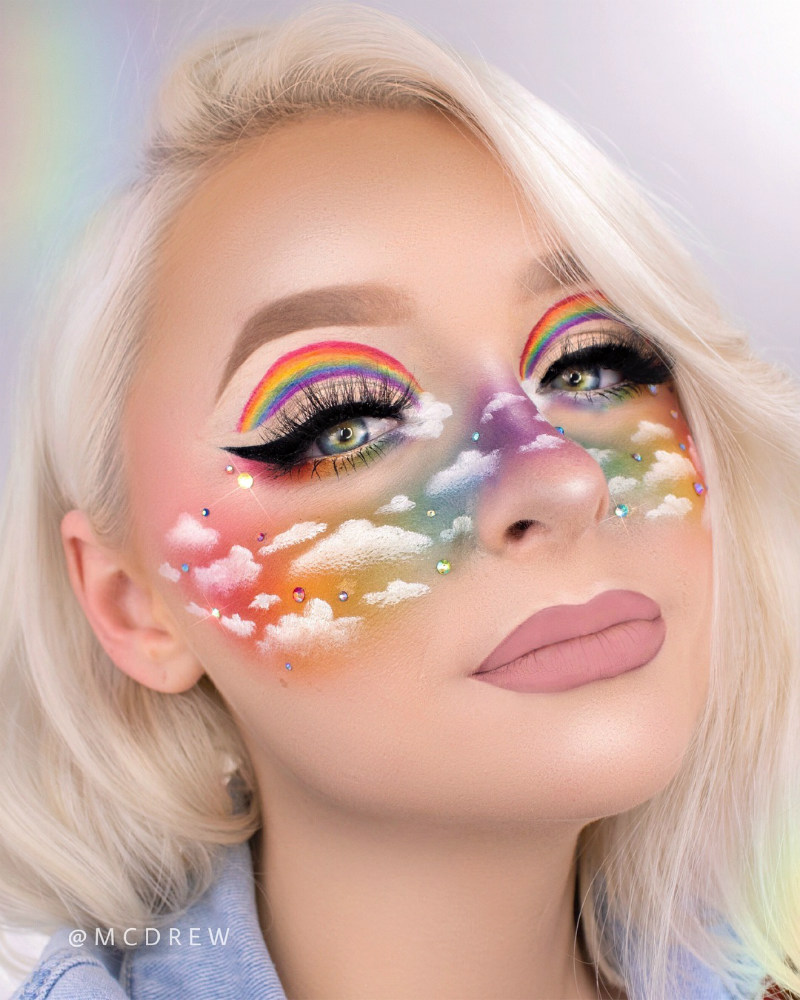 She also presents herself drawn up as a dude, for the ultimate transformation. That drawn on beard and mustache styling is everything! 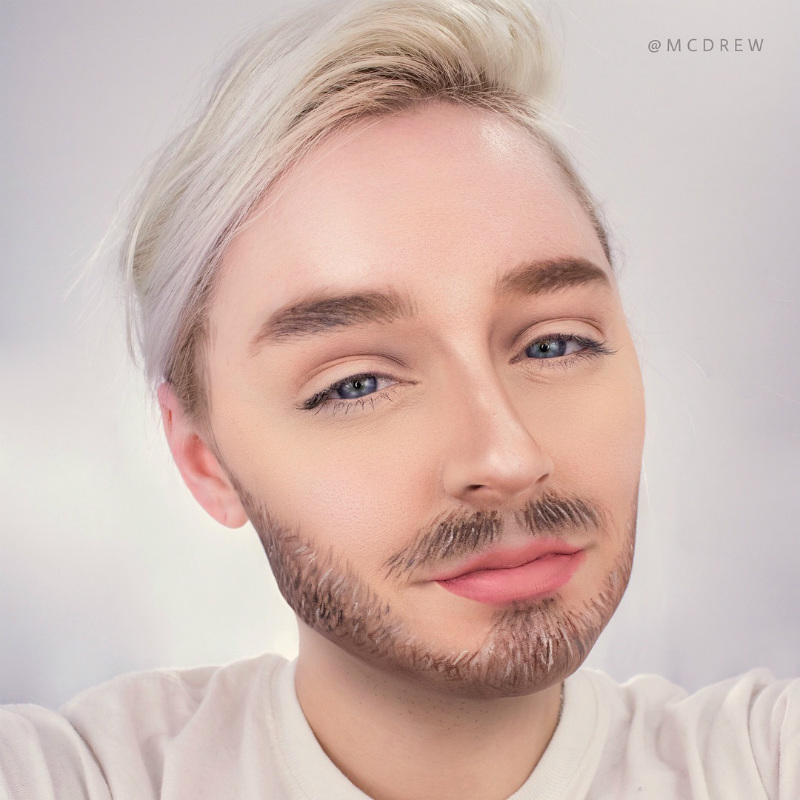 She even did her own reimagining of Ariana Grande’s “God Is A Woman”, using the rebellious pop star as a muse of sorts to create her own gorgeous interpretation. 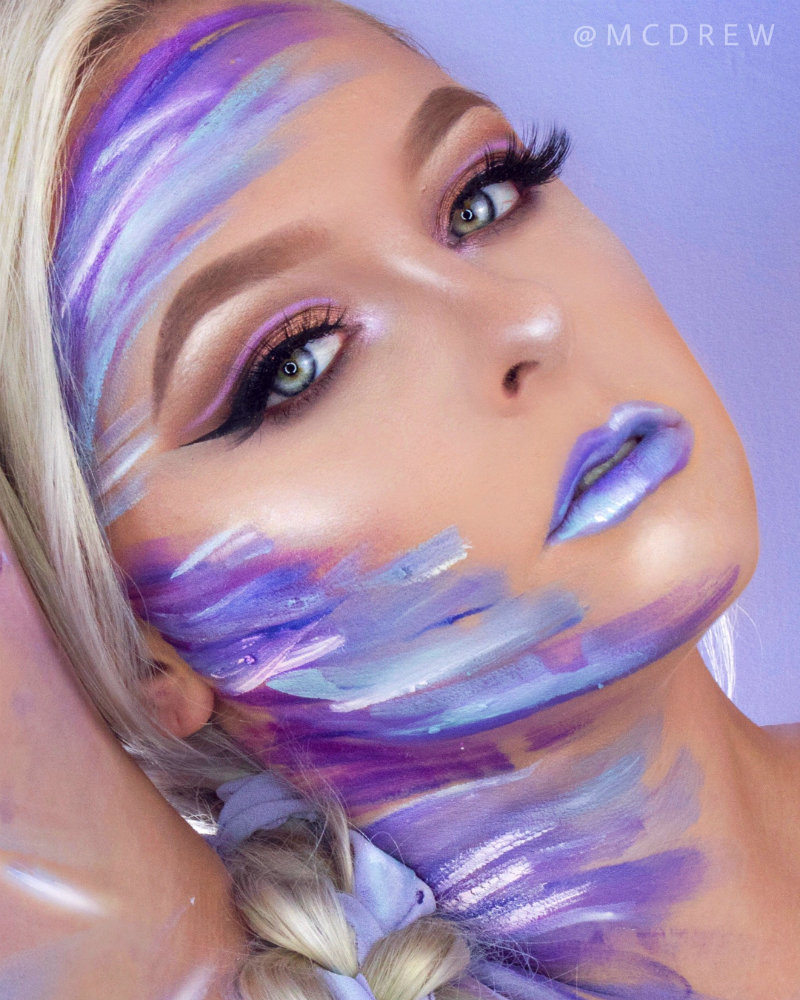 We love that Drew is part of the movement which sees makeup more as a technical art than a way for us to glam up and look cute for a date. 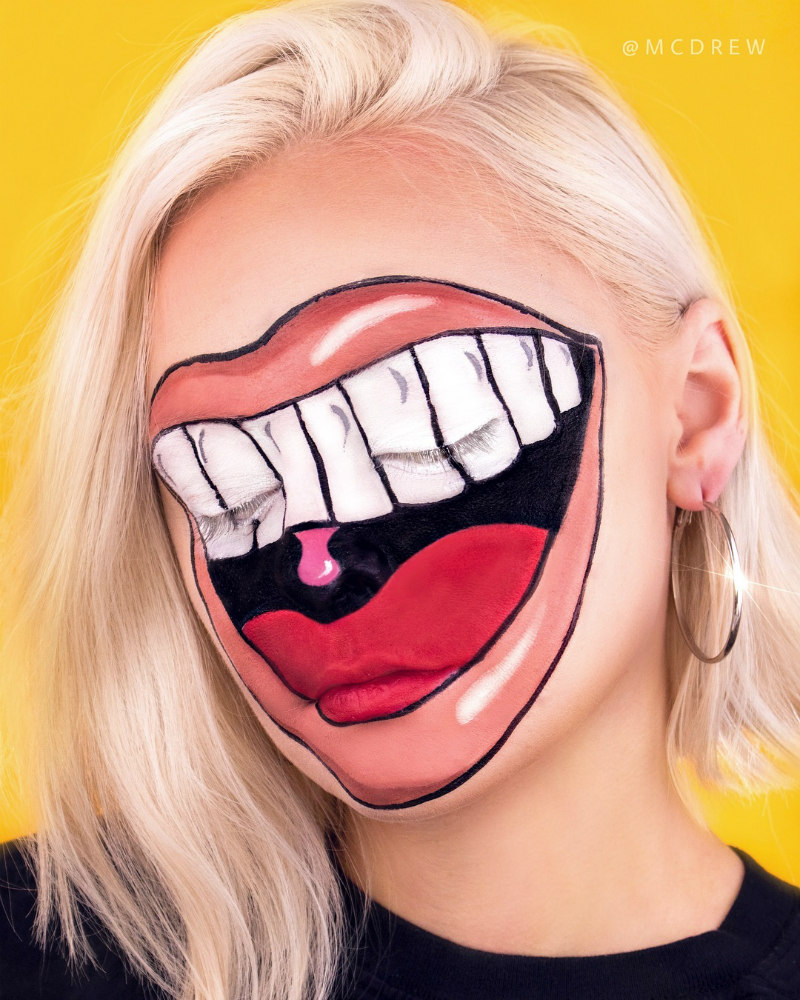 We especially love the digital-inspired robot looks which has Drew looking like a modern, social media inspired Blade Runner bae. 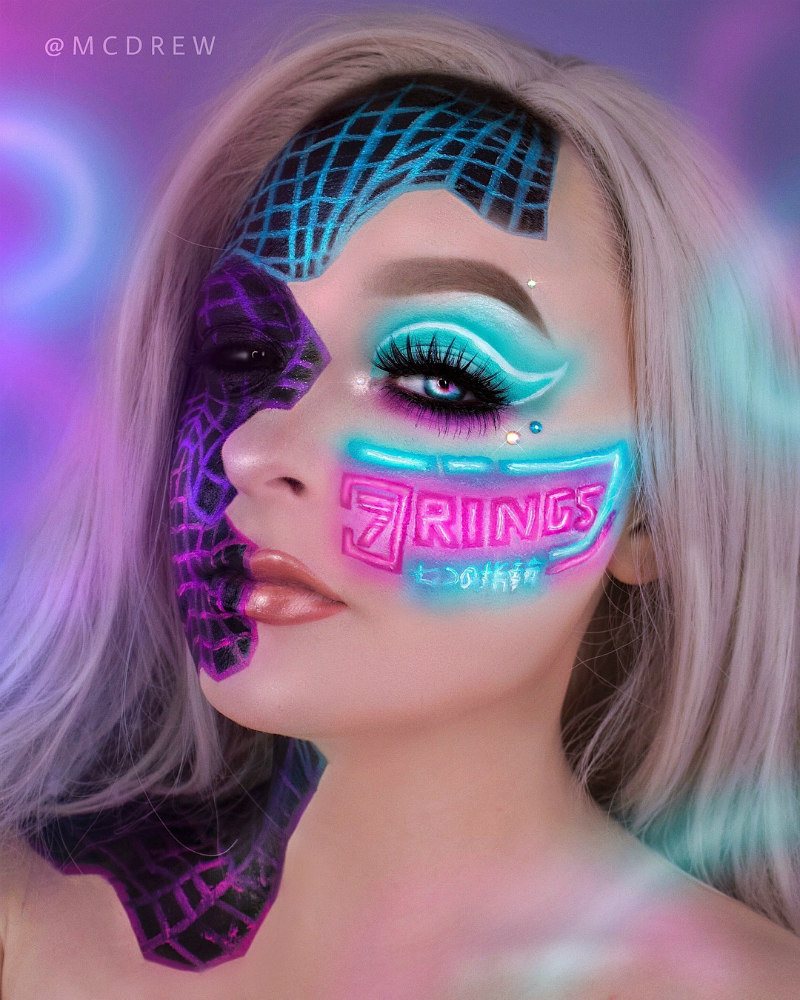 Everyone has been doing the 10 year challenge, and Drew’s personal post from 2009 to 2019 has us feeling the serious power of the glow-up. 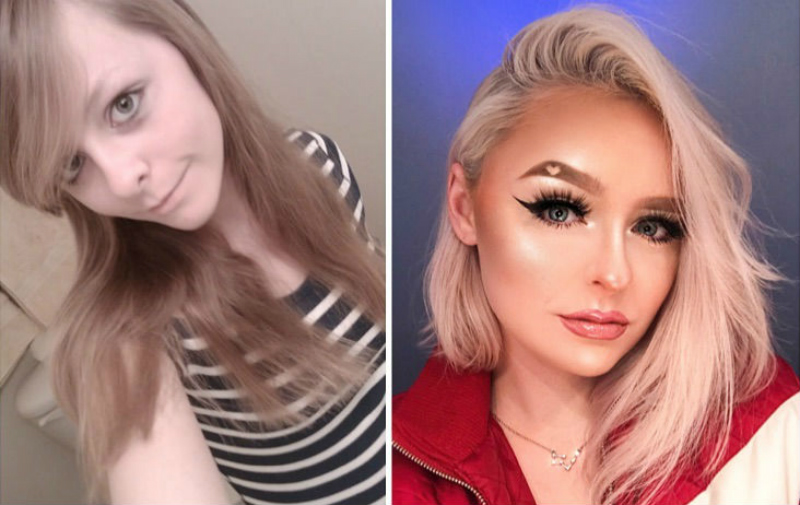 It also makes us want to go to work with picturesque clouds or hearts floating across instead of our boring ol’ blush compact, but we’ll save that for another day. 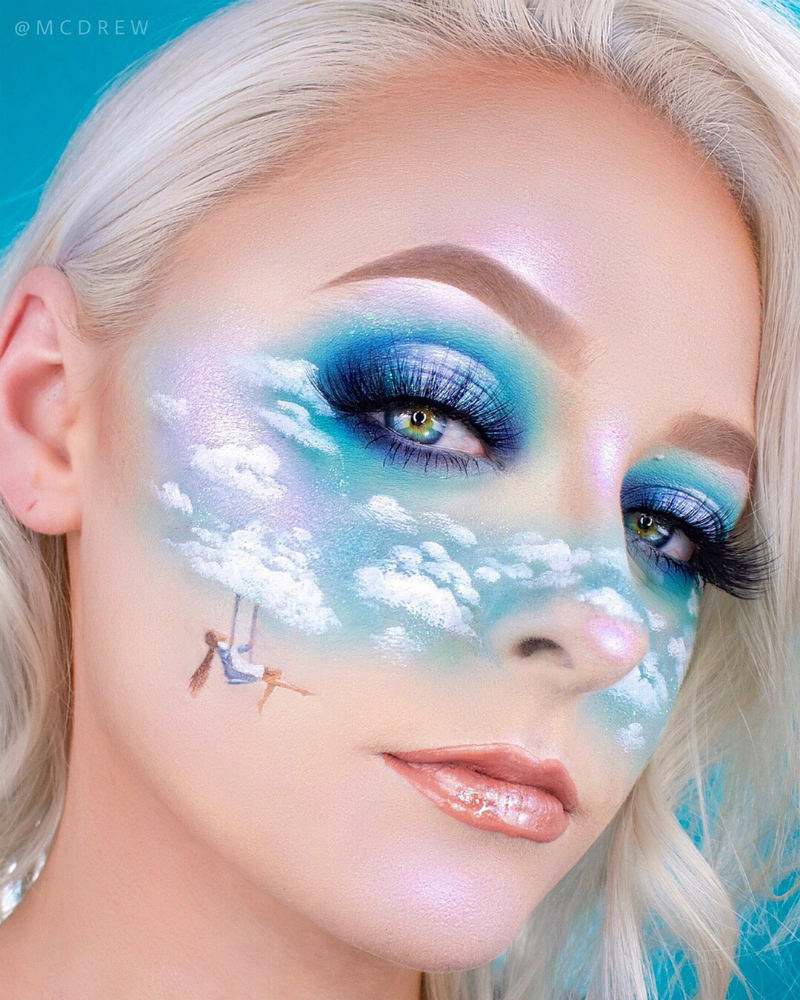