The 1950’s were a great time to be a model. It was a time when being a model meant being a superstar, and that was a first. The 50’s in America were a good time to be alive. The war was over, which meant you didn’t have to ration anymore, you could do whatever you want, spend your money however you wish. New, fresh styles were emerging, the fashion industry was booming and that meant models had a lot of work to choose from. After all, women all over the country finally wanted to dress up, go out and be seen. And who did they look up to for fashion inspiration? The models, obviously. So let’s talk about the top 8 models from the 1950’s.

1. Dovima
Everybody knows Dovima, she was arguably the most famous 1950s model. But did you know how she came up with that name? It’s a pseudonym that is made up of the first two letters of her name Dorothy Virginia Margaret. It’s actually quite a miracle Dovima became a model, considering that she contracted rheumatic fever at the age of 10 and spent the next seven years resting in bed and being home-schooled. She was discovered by Vogue’s staff member in the late 40’s, 1949 to be exact, and 1950’s she was a star! 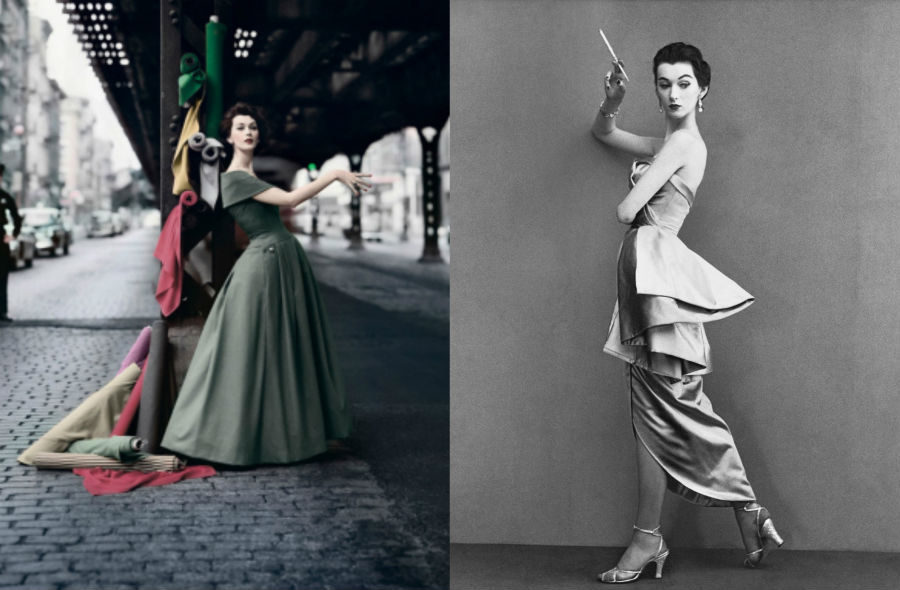 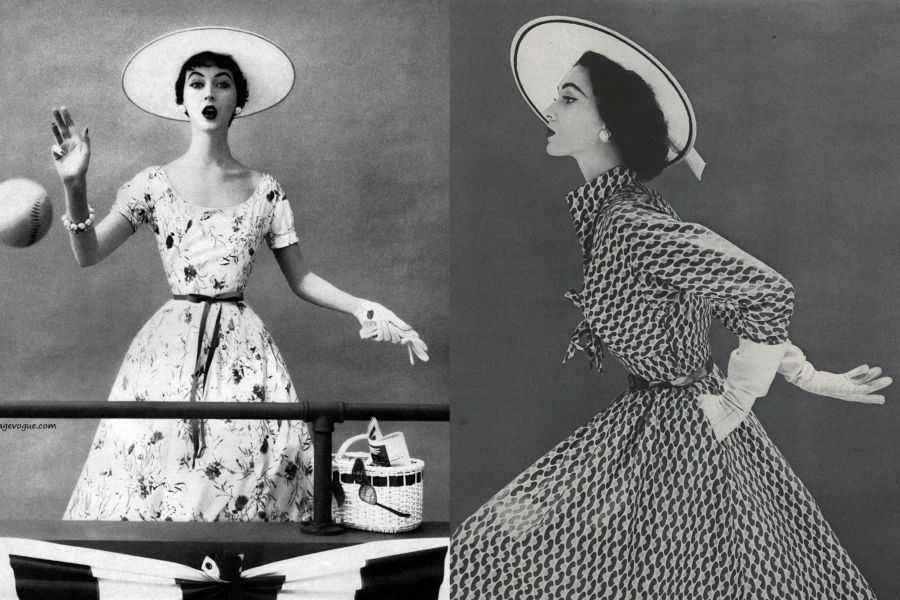 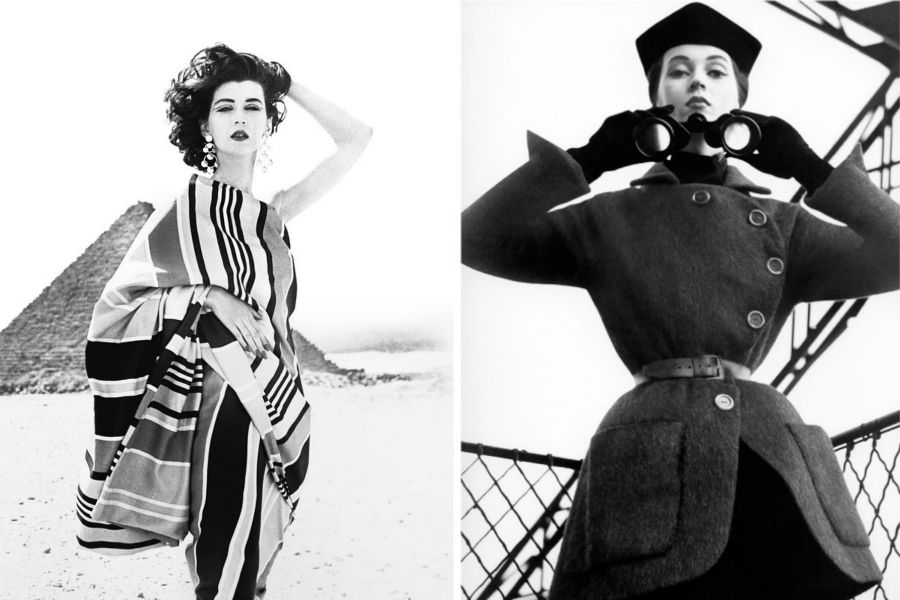 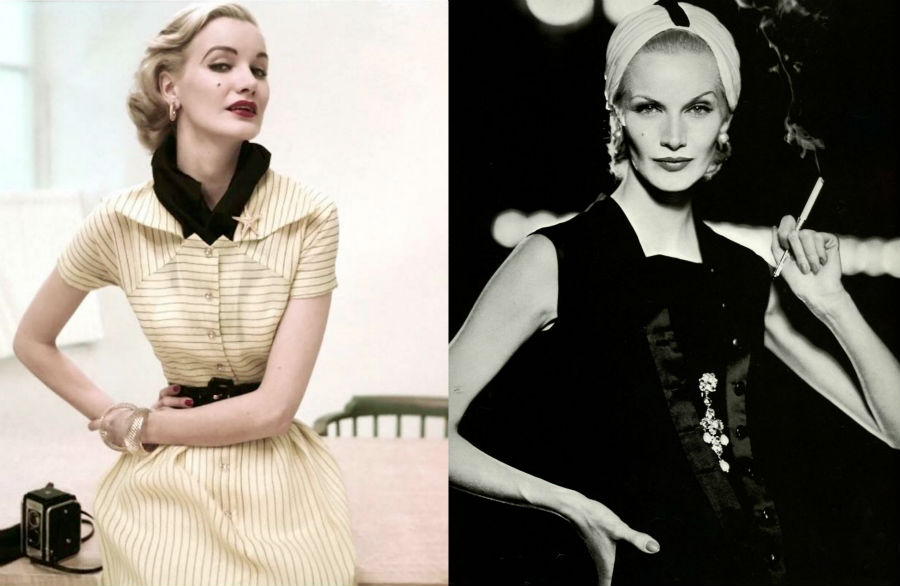 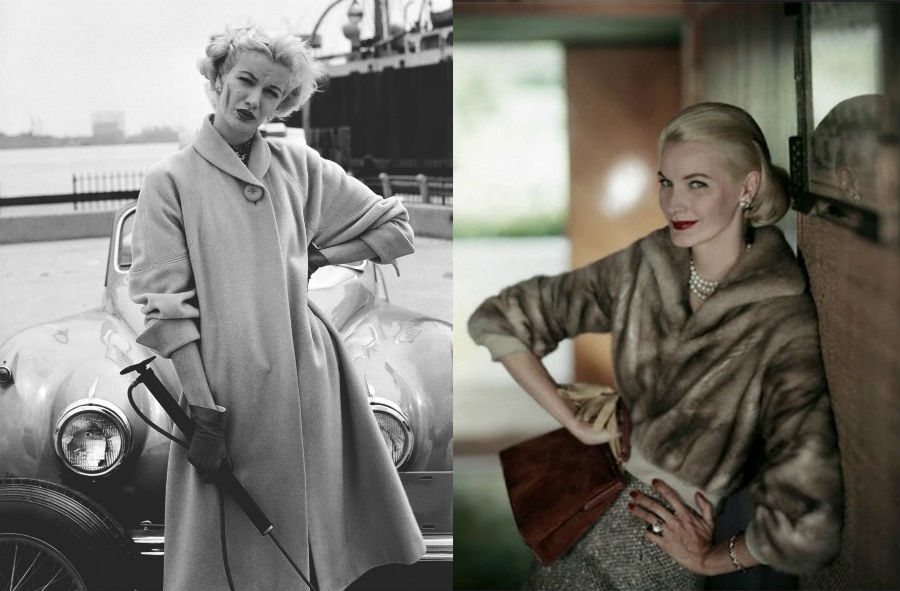 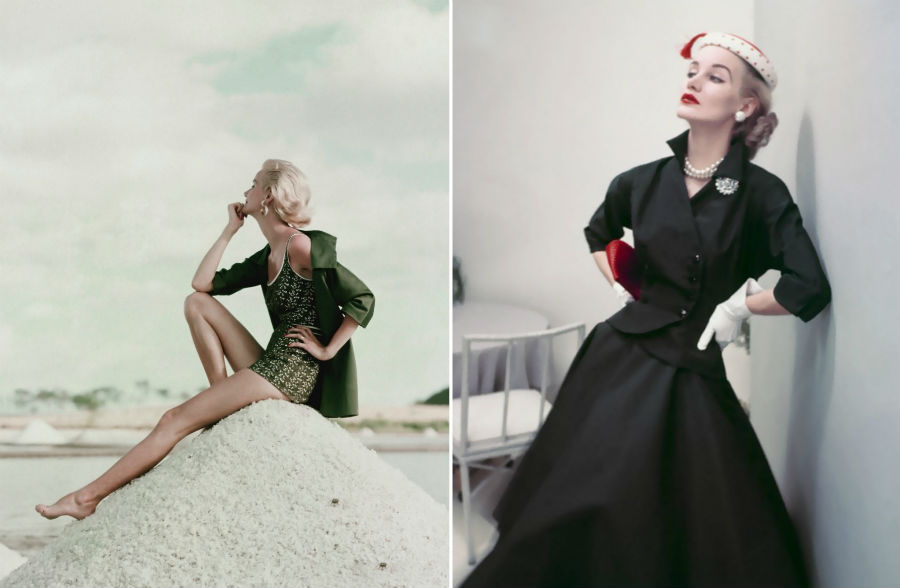 3. Dorian Leigh
Dorian Leigh (Doria Leigh Parker) was a famous model and appeared on more than 50 magazine covers in her day and was the face of Revlon. Men adored her and women wanted to be her. You know what’s really strange though? If it wasn’t for her colleague, she never would’ve thought of being a model. During the war Dorian actually worked as a mechanical engineer and designed parts for planes. Then she developed some problems with her sight and had to switch over to being a copywriter for Republic Pictures. It’s when she was working at the Republic Pictures that a colleague of hers suggested she should try out modeling. And in this case it was the best advice ever, don’t you think? 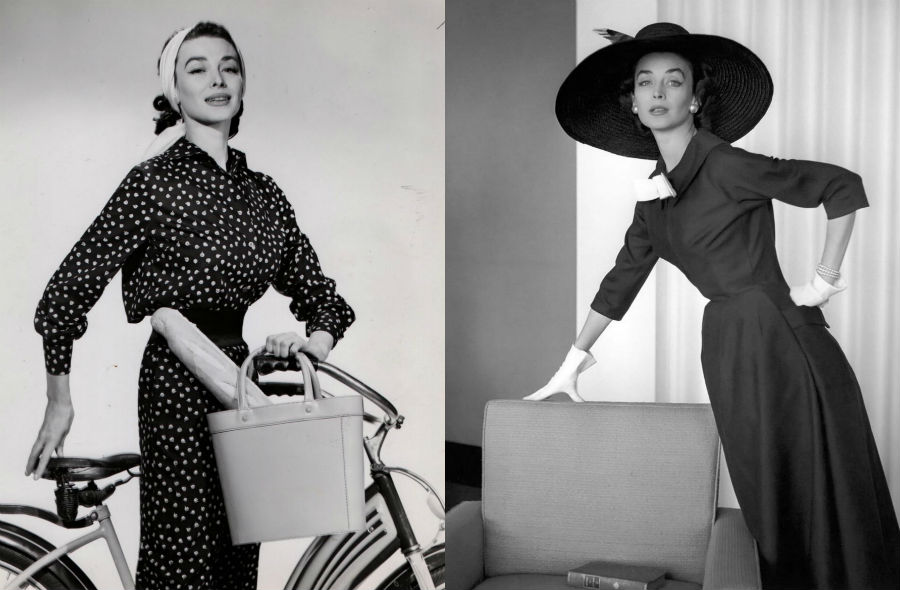 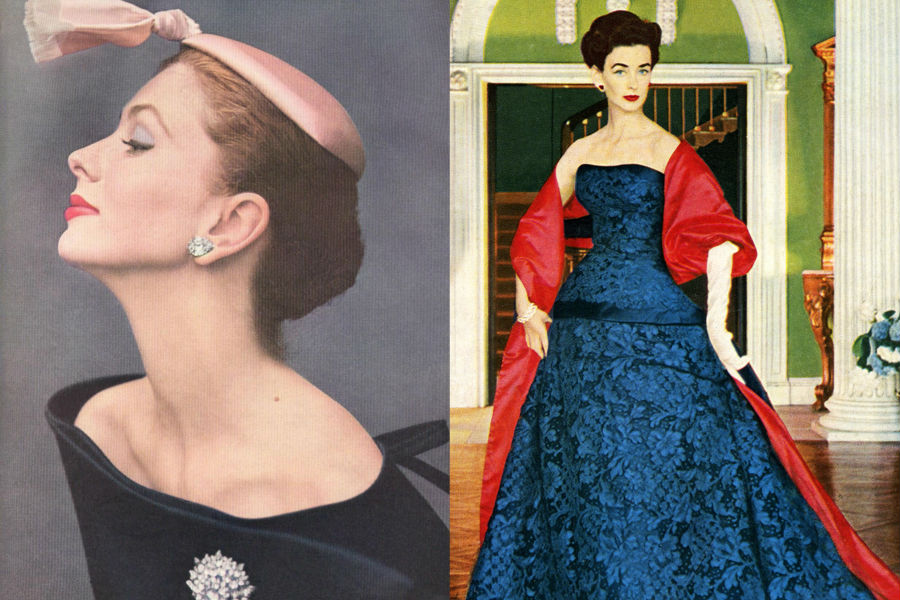 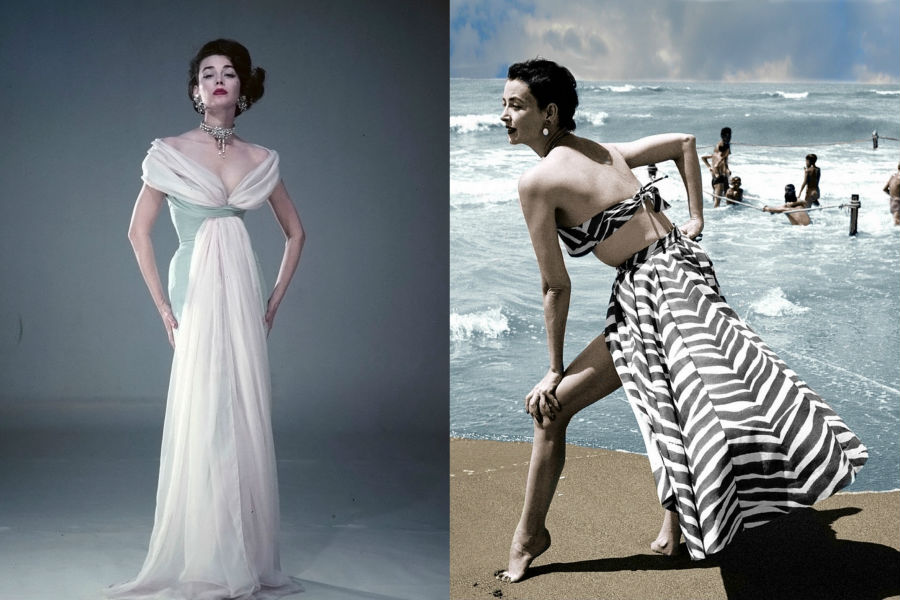 4. Suzy Parker
As you can probably tell Suzy was Dorian’s sister. Clearly good look ran in the family, because Suzy also became a model. She was able to become 1950’s fashion icon thanks to her sister’s connection. It was Dorian that introduced Suzy to the famous photographer Richard Avedon. They both went to Paris for the fashion showings in the 50’s and Suzy’s career basically took off from there. 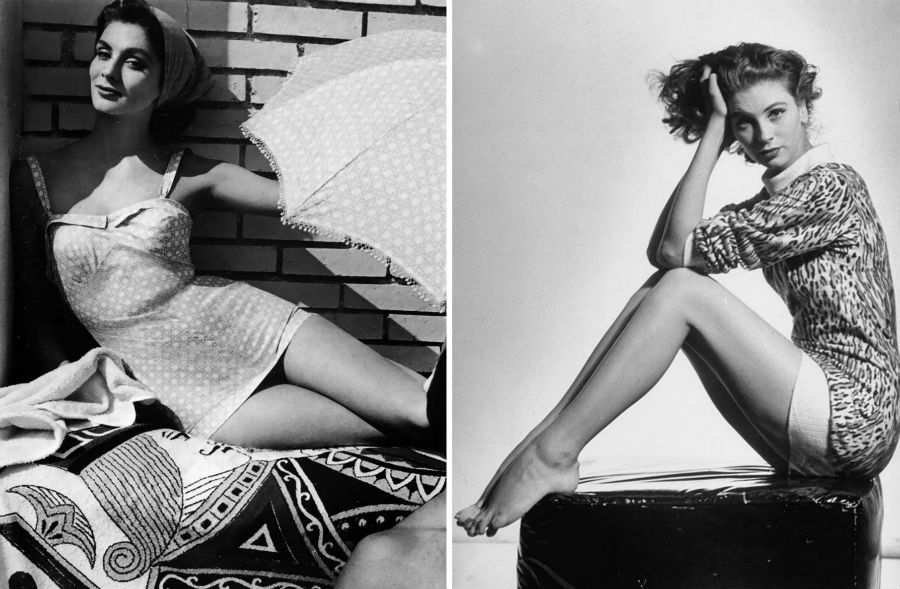 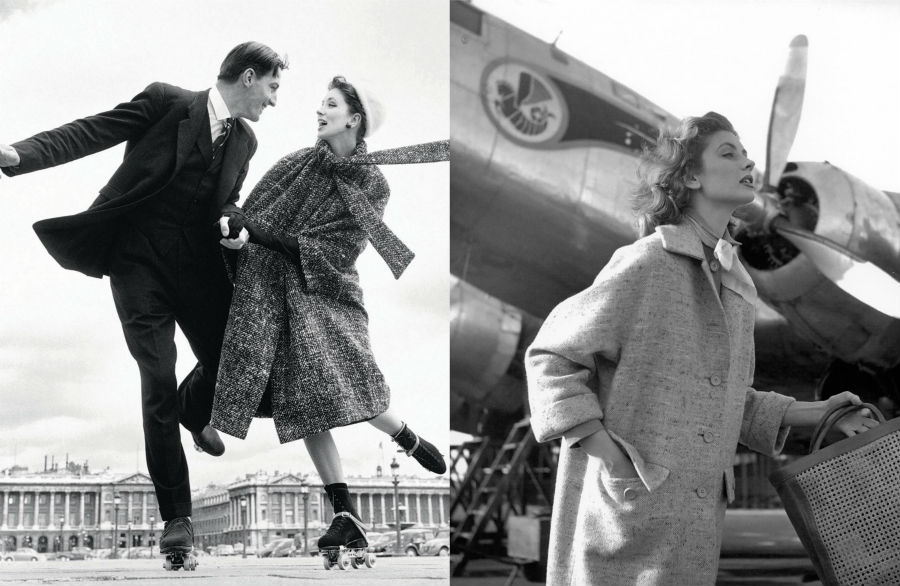 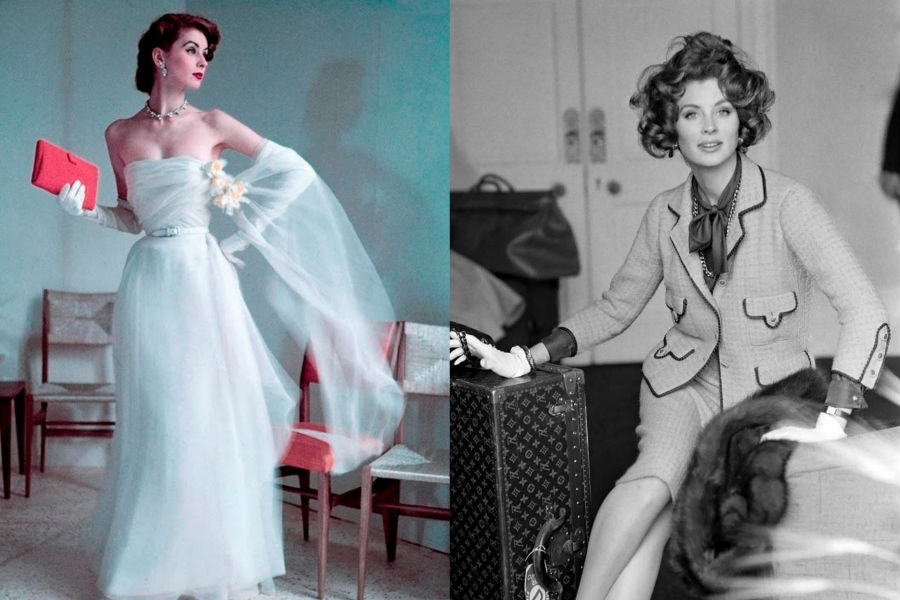 5. Jean Patchett
Jean Patchett didn’t really think of becoming a model right away. She was just a girl from Preston, Maryland. She tried a bunch of different occupations first, and even went to secretarial school. But it wasn’t meant to be. Jean was truly meant to be a model. Her dark eyes, tall graceful silhouette with long limbs, and that trademark mole next to her right eye – it’s like she was born to be a model. She signed her first modeling contract in 1948 and in 1950 she was in Vogue. She was a supermodel before the term even existed. 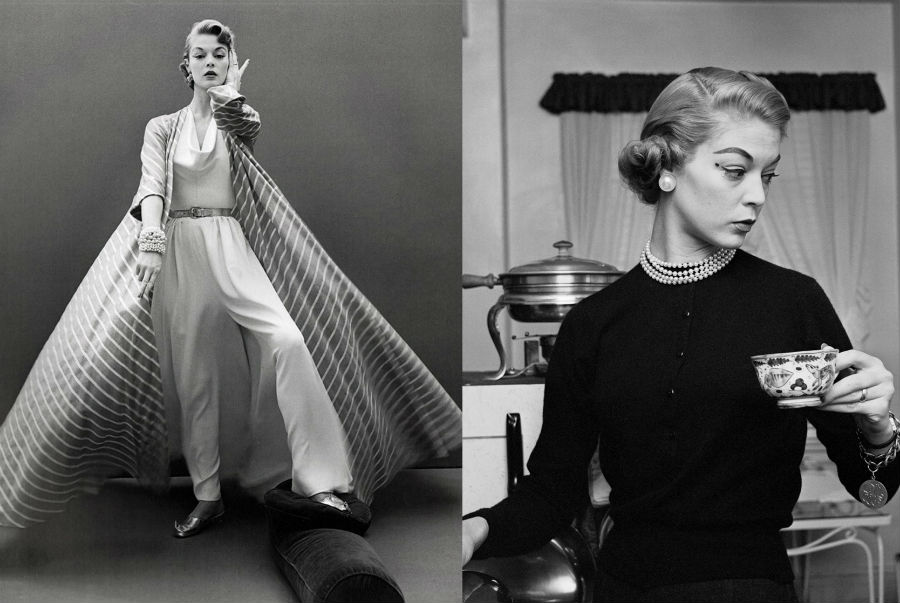 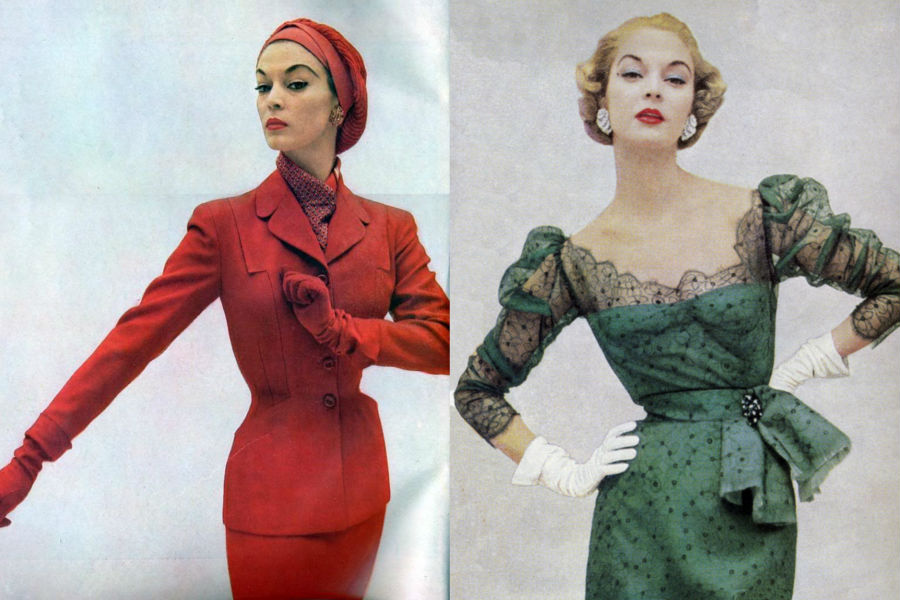 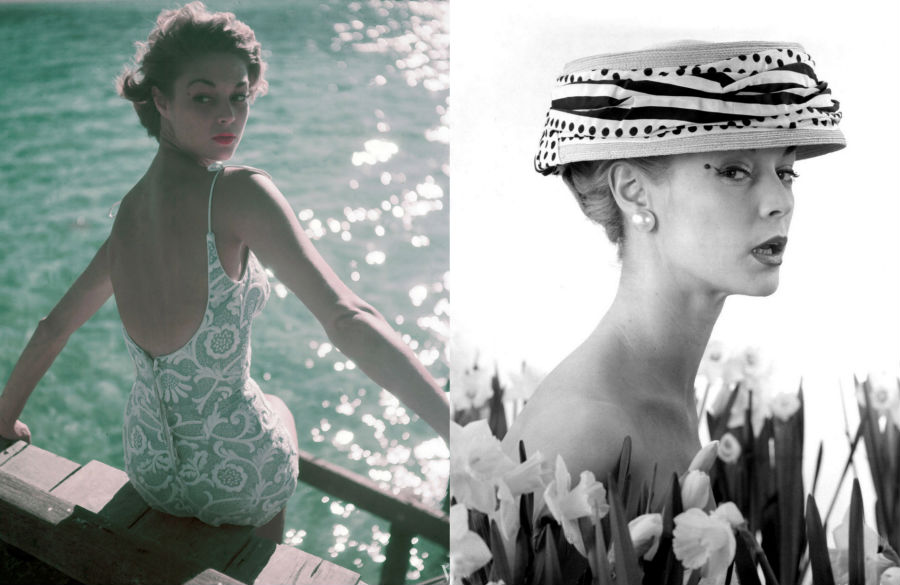 6. Lisa Fonssagrives
Lisa, like many other girls at the time, never really set out to be a model. As a child she was more interested in art, dance and sculpture. She actually studied art and dance in Berlin. Later on she even opened her own dance school. Her love of dance brought her over to Paris to train for ballet. That’s where she met her future husband Fernand Fonssagrives, who was a photographer. It was him who got her into modeling at first, and then she was picked up by a modeling agency and became a top model. She appeared on covers of Vogue, Time, Vanity Fair and lots of others. 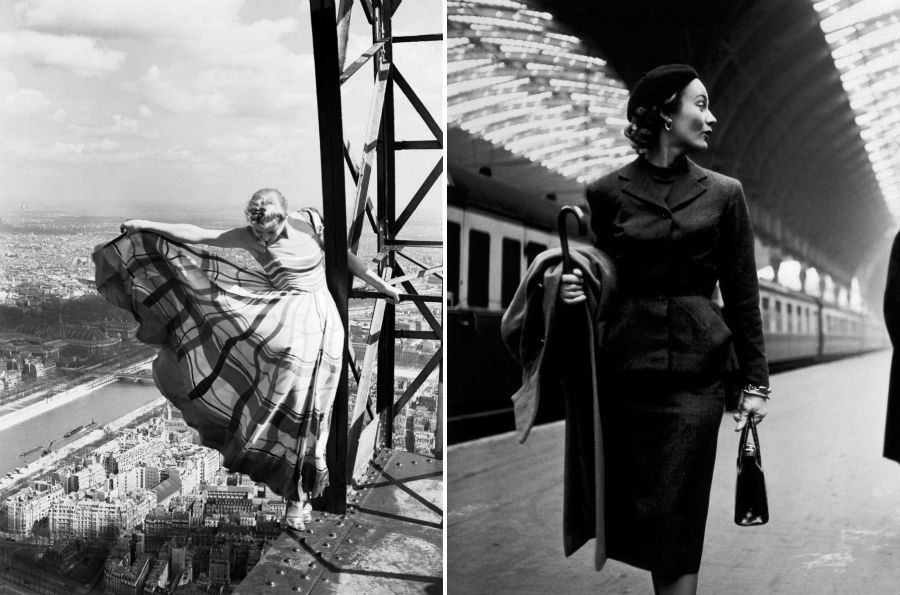 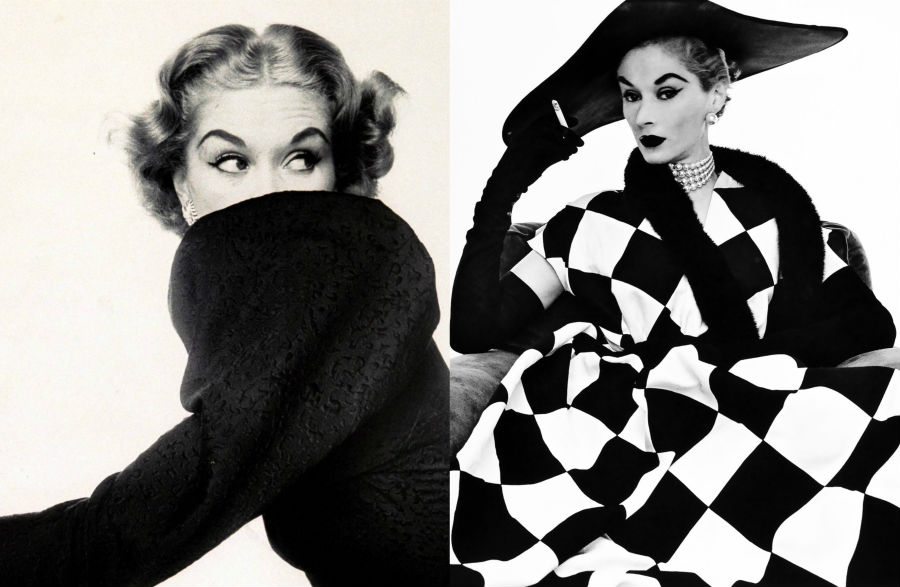 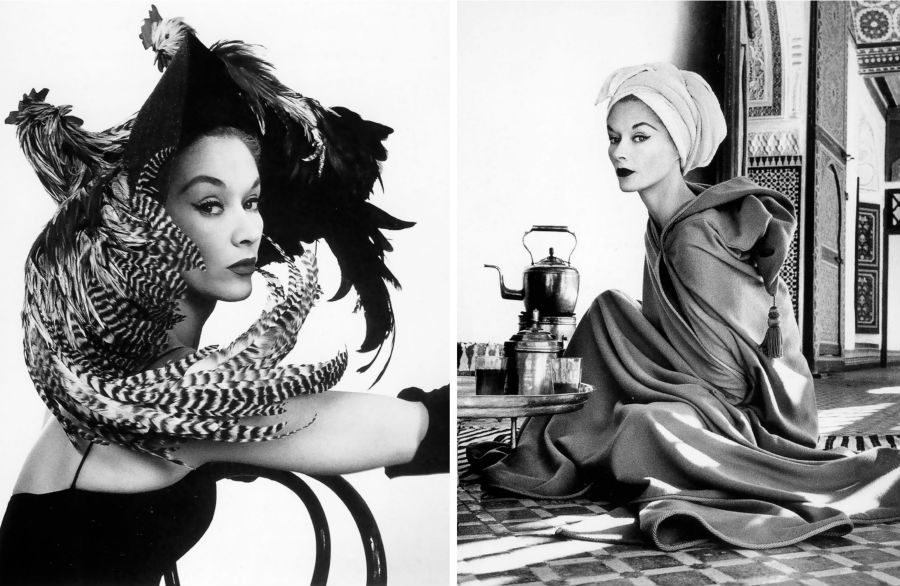 7. Anne St Marie
Anne was one of the most prominent models of the 50’s. She was confident and beautiful, elegant and graceful and somehow a little mysterious. On a lot of her photos you’ll see her eyebrows raised a bit and her smile always looked a bit ironic. It’s as if she was always amused by something happening outside of the photo or behind the camera. She was amazing, but being a model was never easy. Despite her beauty and confidence, she still suffered from a mental breakdown when she was 30, because she realized that she’ll soon be replaced by younger models. It’s kind of tragic really that such a gorgeous lady would worry about something like this, but that is the life of a model. 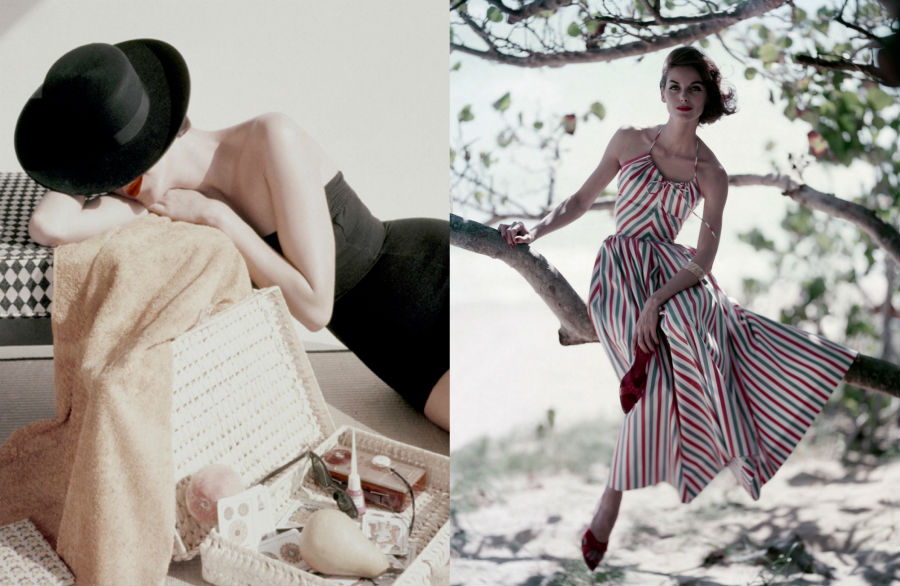 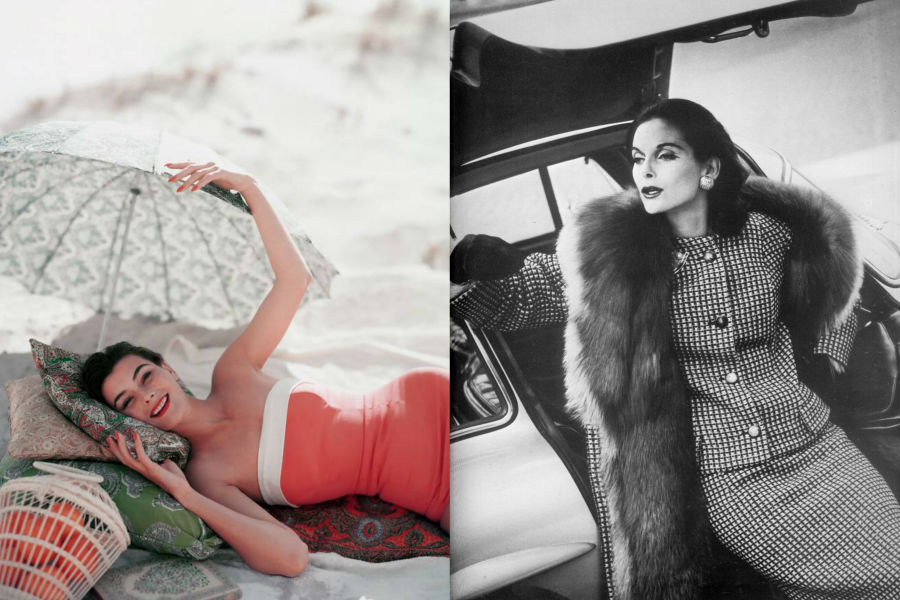 8. Carmen Dell’Orefice
Carmen is a unique woman. She’s been on the covers of Vogue since the age of 15 and still now, at the age of 85, is the oldest working model. She had some pauses in her career, but she always came back to modeling. She looks incredible and people all over the world are curious how does she manage to look so good at 85. She always says you’ve got to take care of yourself, and pay attention to what you eat. But she also doesn’t hide that she’s had some work done. She’s been doing silicone injections for many years, decades even, to enhance her natural beauty, and she’s had a truly horrific sounding dermabrasion about 50 years ago that removed some layer of her skin to get rid of sun damage and wrinkles. 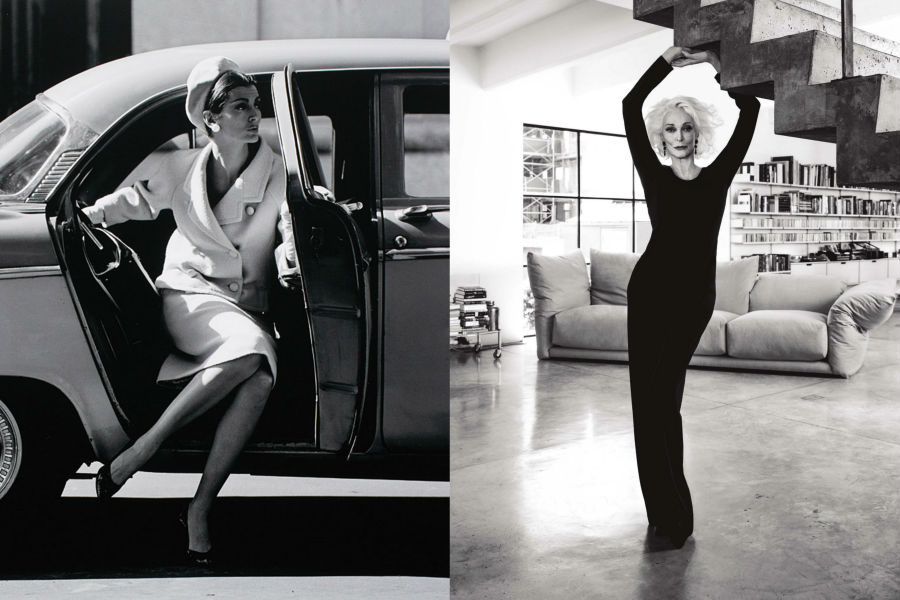 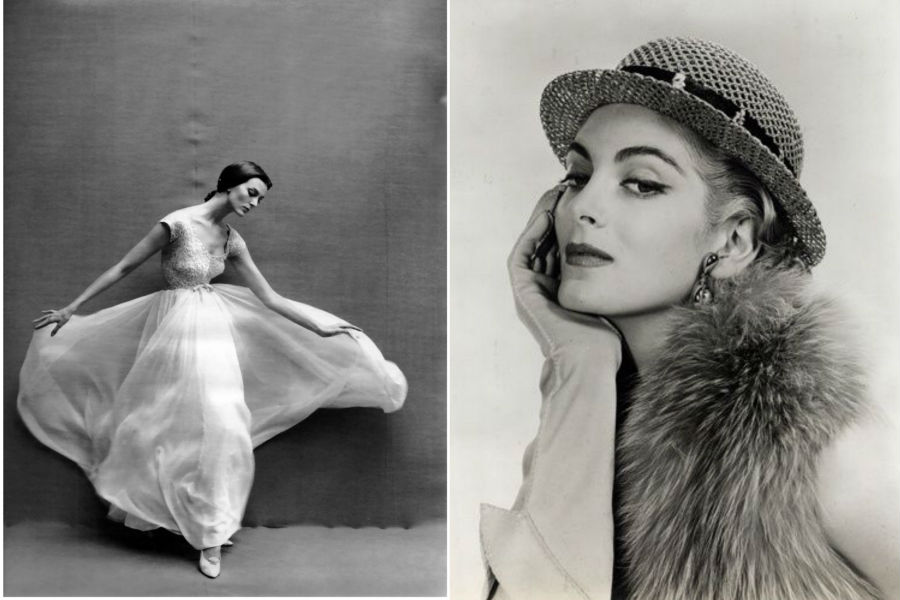 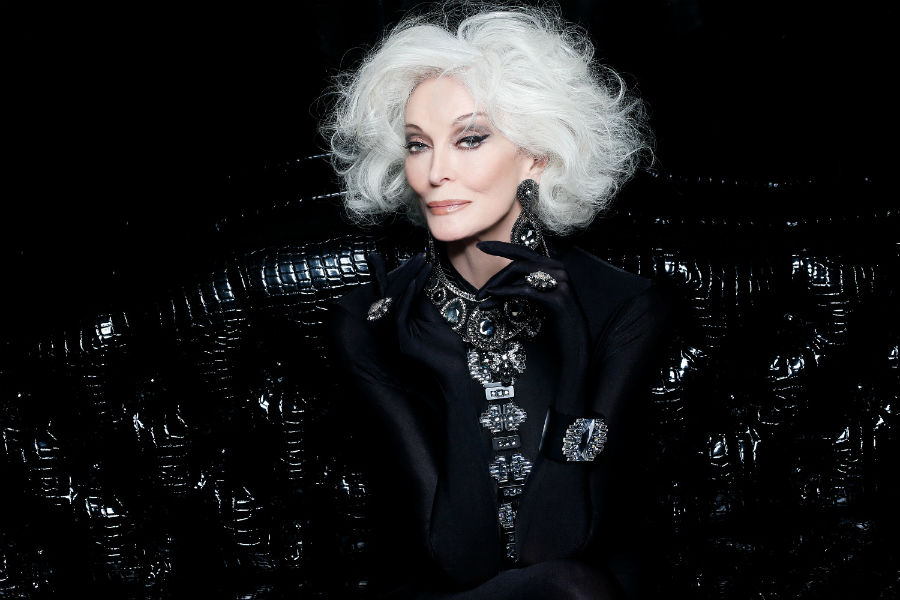