We know, we know. The food trend game is getting tired. Sushi donuts and unicorn Frappuccino aside, who doesn’t love brunch? This trend plays on the most decadent brunch ingredient that’s been remixed for centuries: eggs! 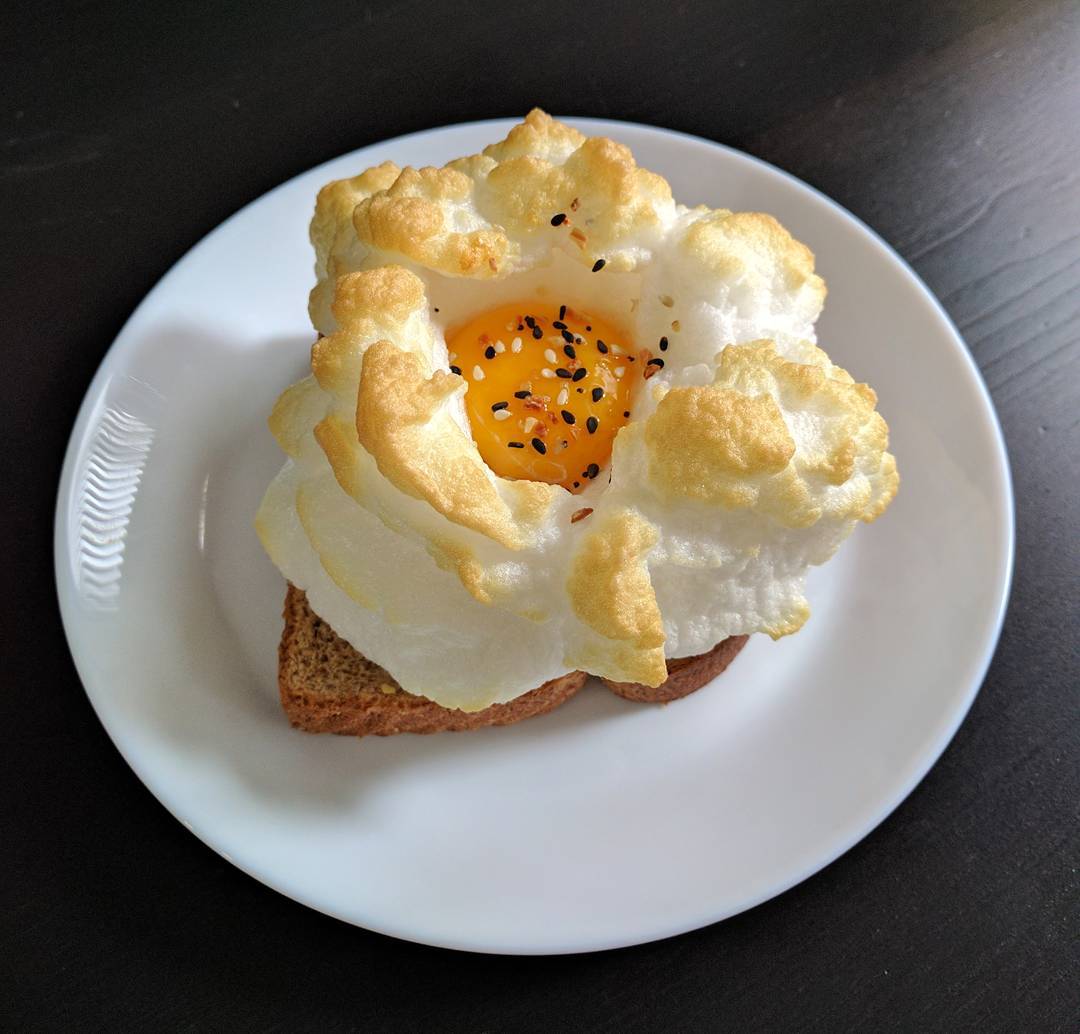 While poached eggs have our heart – there’s something about that perfect, translucent little white disc being punctured to reveal the silkiest golden egg yolk. Well, this trend is taking perfectly Instagrammable poached eggs and scoffing at it – it’s called cloud eggs. 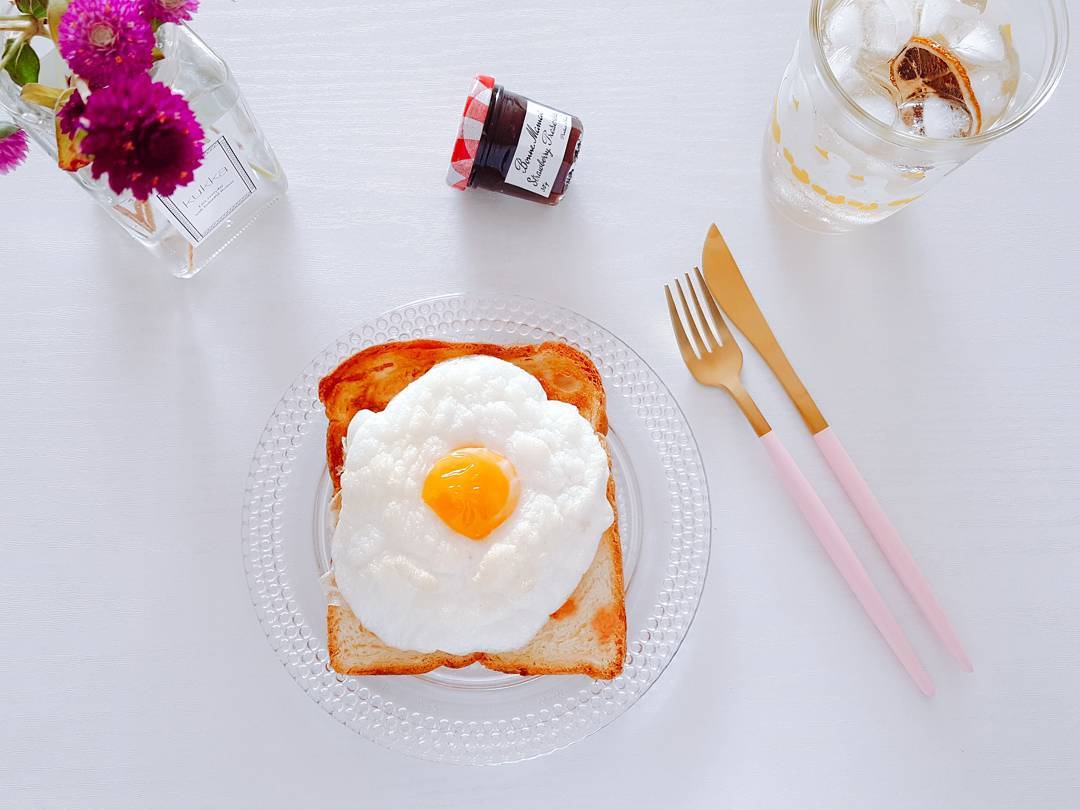 Yes this sounds like some Dr. Seuss conjuring of a dish, but it’s actually quite simple. Egg whites are separated from the yolk and whipped into a peak-filled foam before tossing the yolk back in the middle and baking for a maximum of 6 minutes. 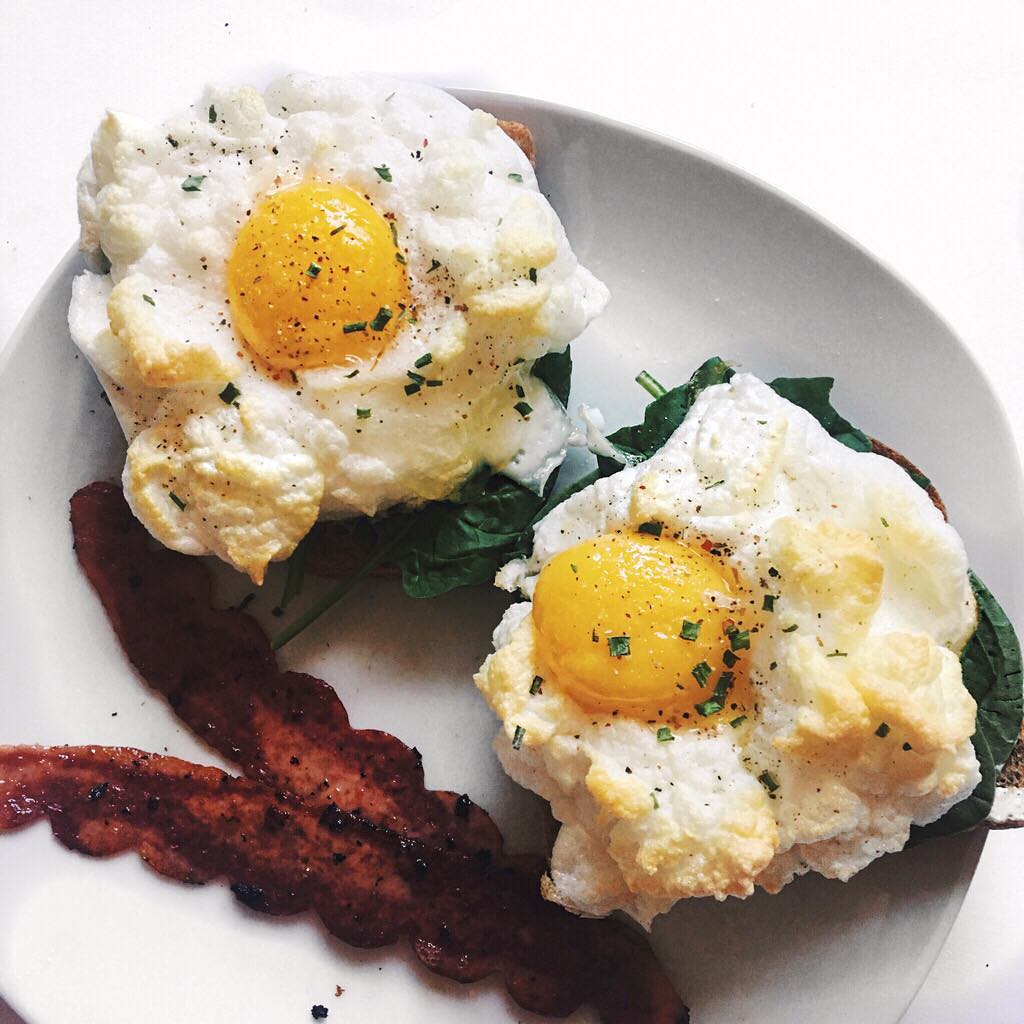 The result? A gooey yolk engulfed in a puffed up, weightless cloud of fluffy egg white that looks like it belongs in a blue sky. They’re gorgeous, and the Instagrammers of 2017 aren’t the only ones who think so. 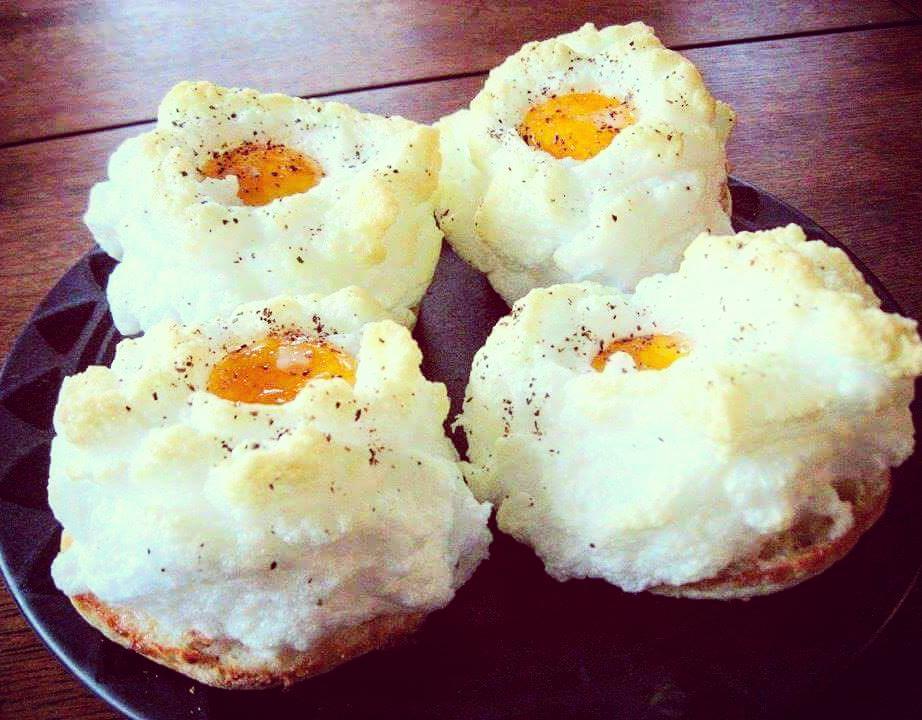 Apparently, these eggs were a delicacy in the 17th century, and chefs made them for awe-filled diners that were just as mesmerizing by the pretty result as they are today! 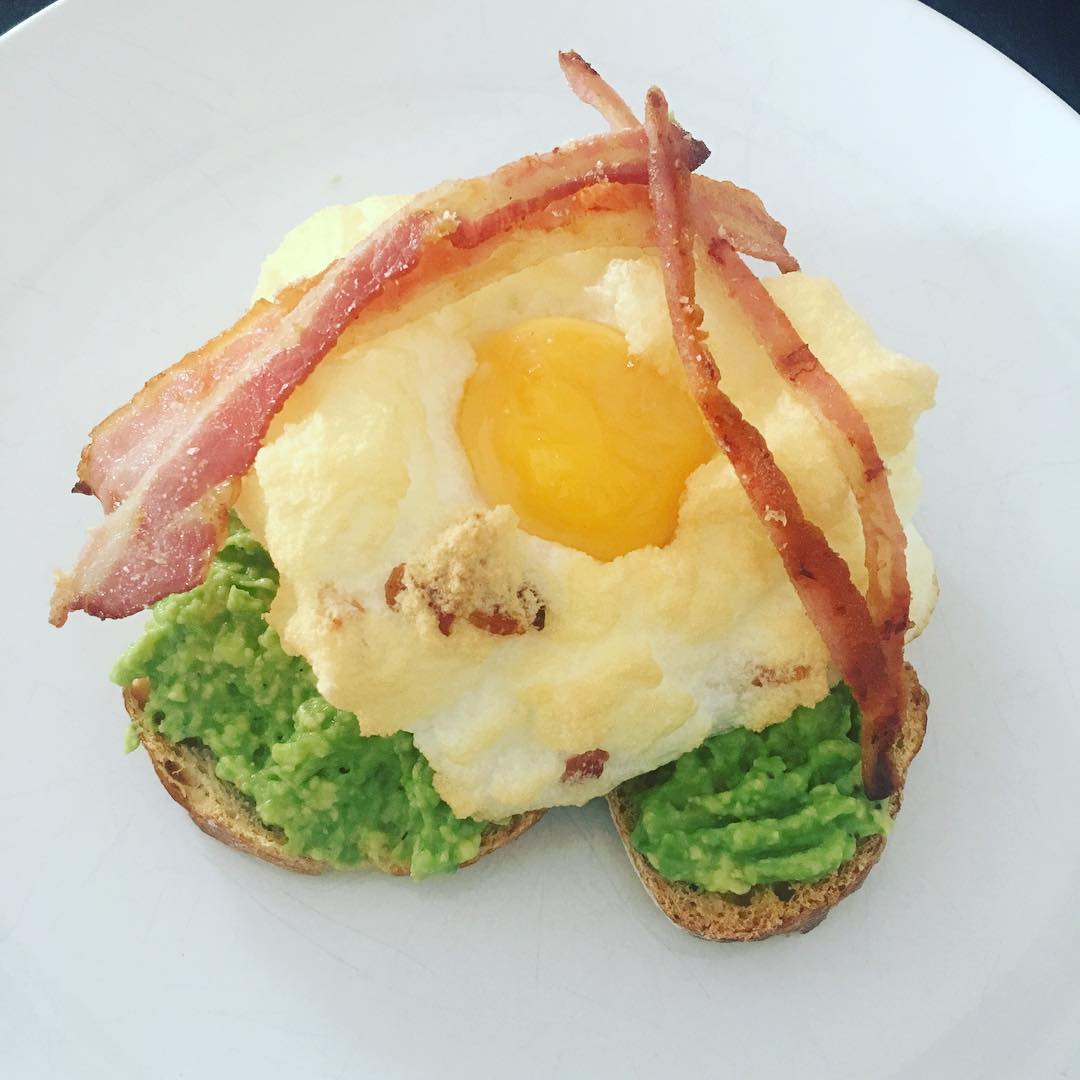 They were called “snow eggs” instead of cloud eggs, evidently, or “Oeufs à la Neige”, and the French have apparently been killing the game for hundreds of years! Should have known – their chic radar is always miles ahead of ours. We wonder who Columbus’d this trend on IG! 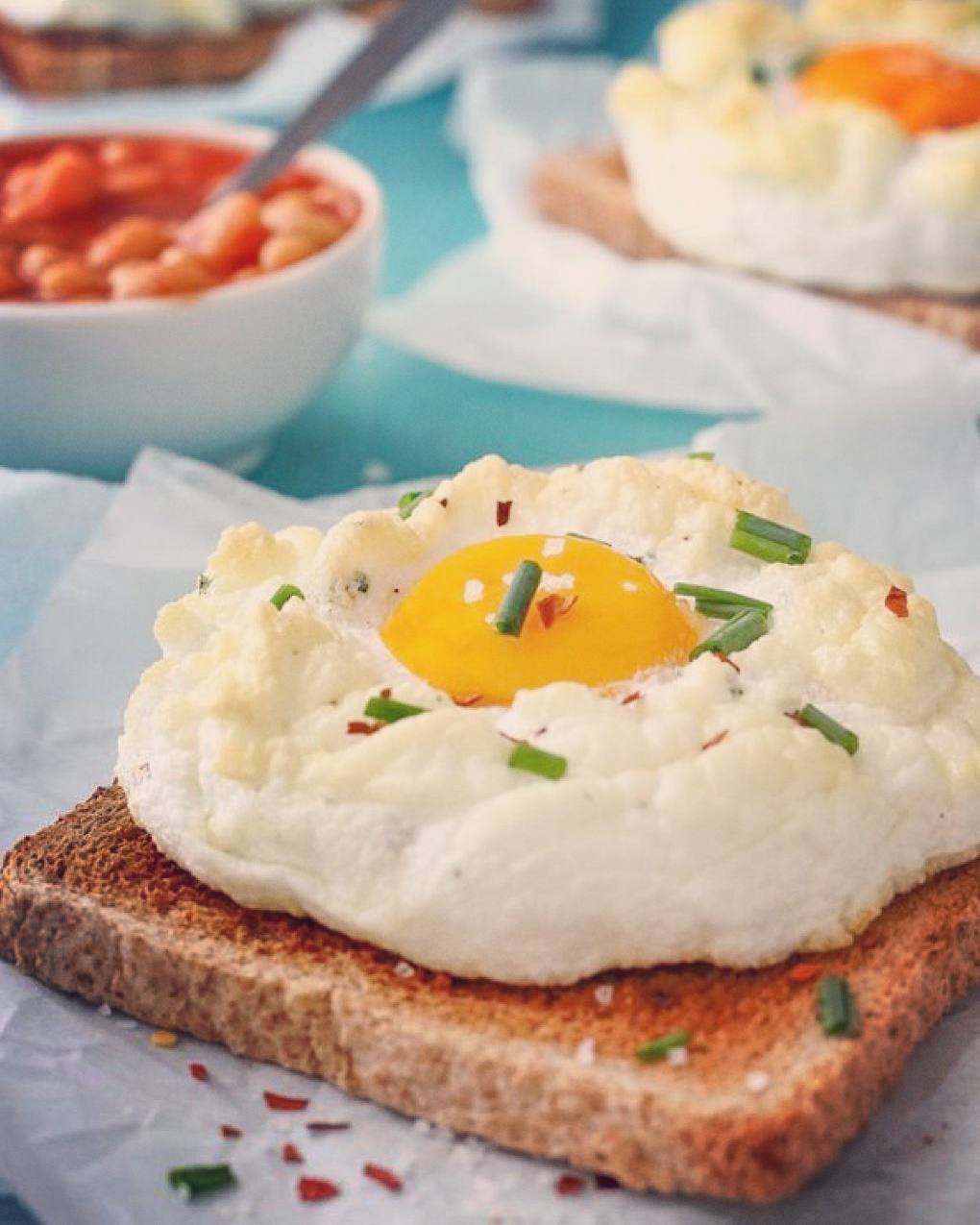 Some cloud eggs are nestled in a more conventional cloud, while some have crunchy, browned bits topping them. Do you prefer a softer bite or more of a crunch? DIY chefs have been experimenting all over social media with everything from breakfast sausages to guacamole and it’s making us drool. 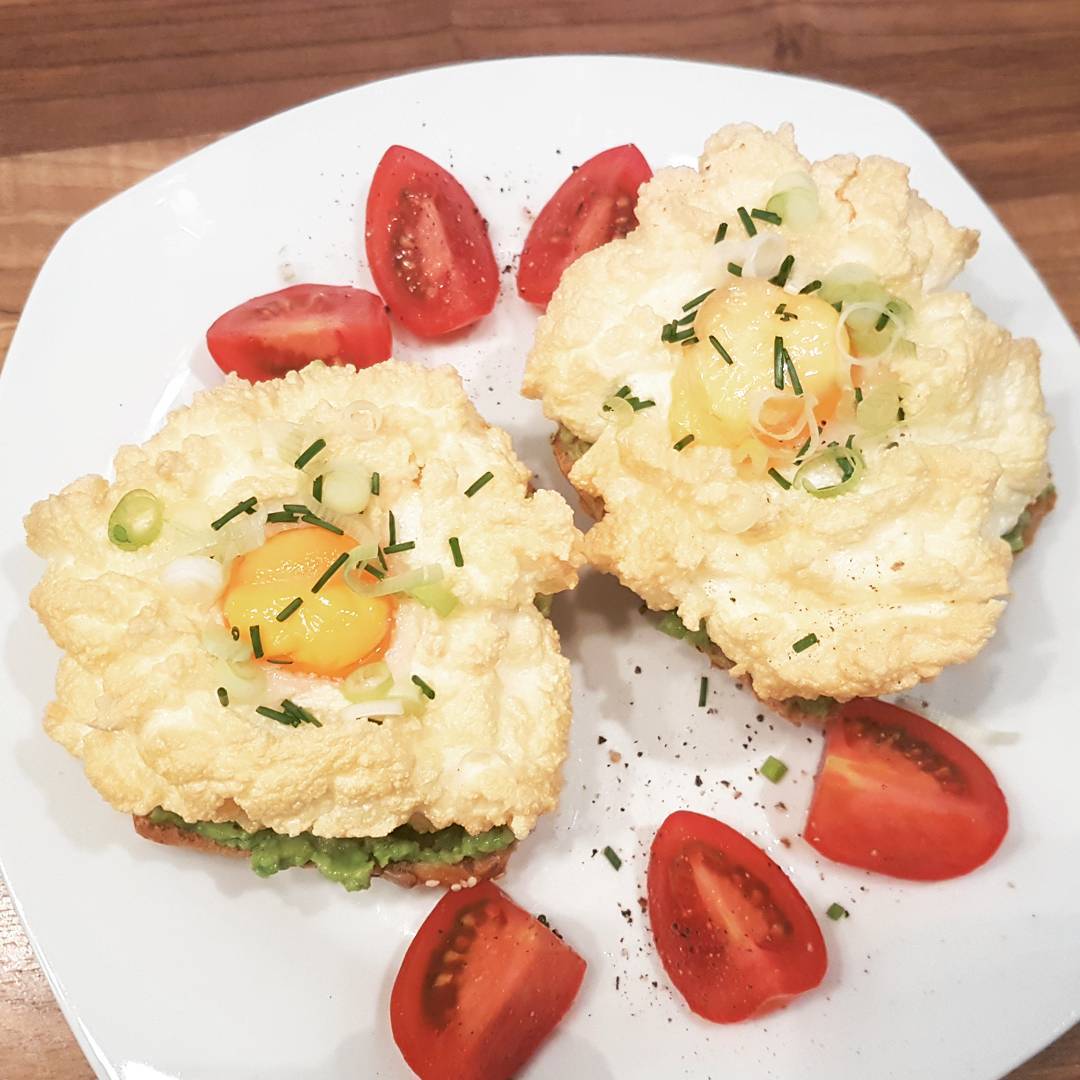 Fortunately, they’re as tasty as they are attractive (not sure if we can say the same for that unicorn Frappuccino). Get ready to feud with those die-hard poached and soft boiled fans, because once you have this on a ripped off piece of sourdough, you will be defending it to the death. 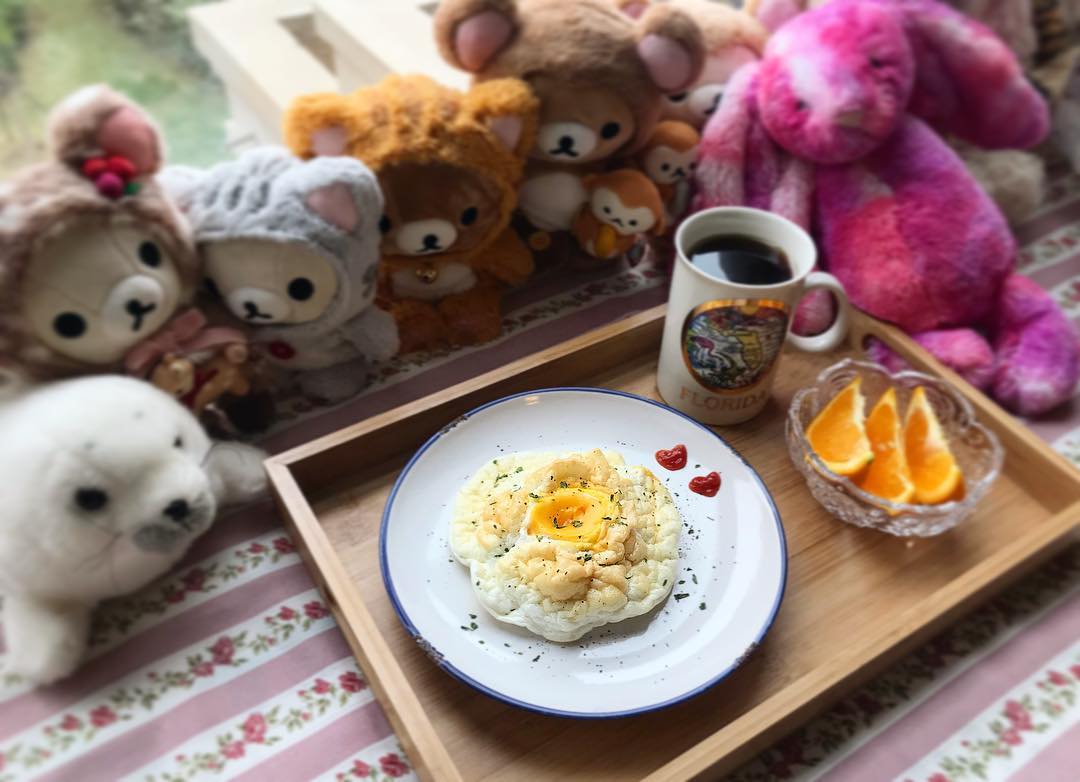 There’s even a Youtube tutorial showing you how to make them. It’s not too scary for amateur cooks – separate, whip whites till firm, shape your cloud. Will you whip these up for your next brunch adventure and be the hostess with the mostest? 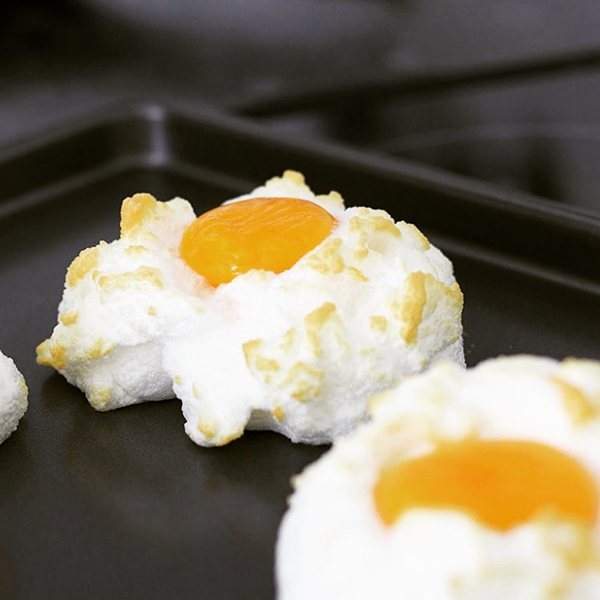