When your best friend dates a guy that doesn’t deserve her, you can start to reach some uncharted and uncomfortable territory. You will always furiously stand up for her and what is best for her – but when she’s dating someone that kind of seems like a loser in your book, it can be hard to know when not to overstep boundaries, and when to be honest. 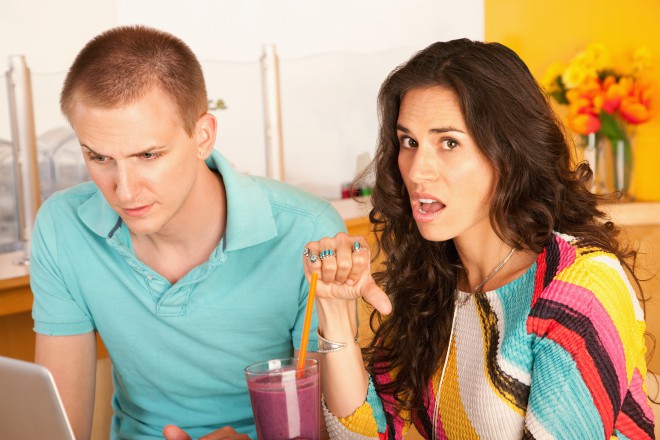 1. When you meet him, you’re nice to his face (just out of respect of not embarrassing your girl). You barely listen to the conversation you’re participating in, instead racking your brain over how to be honest with her without her hating you for doing so.

2. But she’ll also hate you if you lie to her, because you know her better than anyone. So you mention all his flaws right after the dinner, and hope for the best!

3. You make sure that he catches you staring at him judgmentally when he checks himself out in a mirror, or does something especially douchey. You are not head over heels for this joker, so you’re definitely not blind to his foolery. 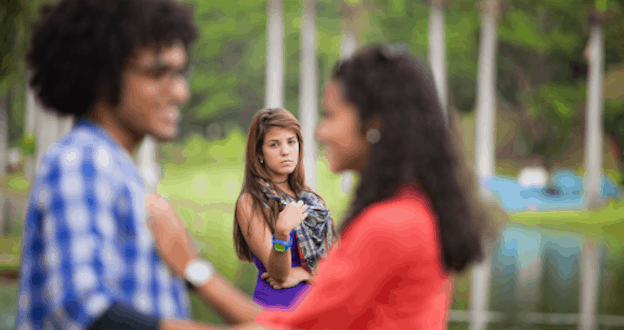 4. You make sure to highlight, when he’s around, all the things you appreciate about your amazing BFF, with the subtle hint that he should check himself and appreciate those things as well, especially if he tends to be little her.

5. You’re not too easy on the dude – you’re protective of her, and that means you can judge her new beau (without being a jerk to his face). Since she’s falling for him, she might not be paying attention to his bigger flaws. It’s your job to be honest and real – everyone else will feed her bullshit.

6. You reassure her that everything will work itself out, and affirms that he is a good guy. But on the stealth, you eagle-eye his every move, and are already aware that he is a dick – you’re simply supporting her because she’s the only person in the way of her own blindness due to love. 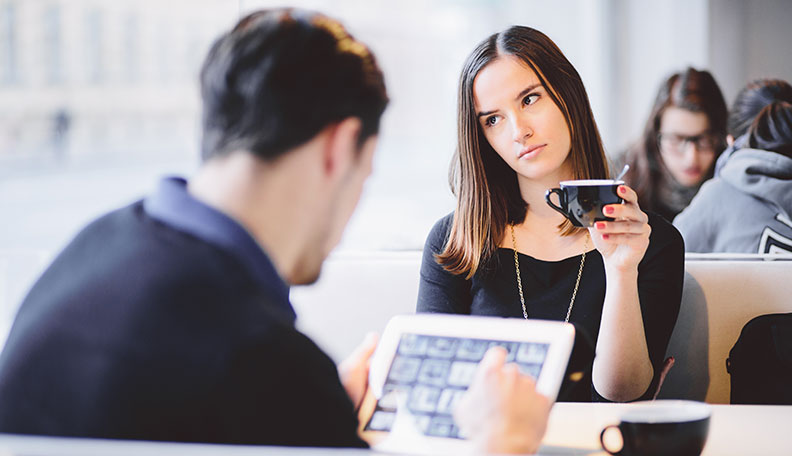 7. You reassure her he didn’t text her back because he forgot and was super busy, instead of the real reason you know, which is just his general suckiness as a person.

8. And even if you’re super busy, you make sure to schedule some one-on-one dates with BFF to both put things into context, and make sure that he hasn’t brainwashed her yet.

9. You let her know she deserves better, but not in a condescending way. But still maybe take some opportunities to encourage her to leave him for good.

10. Every time you ask how things are with him, you are ready for an earful. Even though you already know he’s the worst, you have to listen to her because that’s what friends are for and she’ll just be mad at you if you don’t.

11. You’ve seen his Facebook way too many times. More than you care to admit. When you’ve been stalking with her, looking for desperate girls and signs of shadiness, or when you’re just looking out for her and creepily stalking all his social media accounts, looking 24/7 for a reason they should breakup.

12. If they’re in a fight and run into each other, and your friend is scared and mortified, you confidently take the reins on making him feel shittier than her, with vividly hateful, words full of girl power that’ll make him crumble in public, and make her eternally grateful for stepping in when she froze. 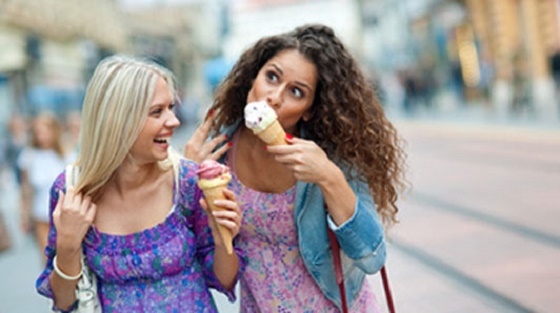 14. If he forgets a birthday or an anniversary, you are there with said Ben & Jerry’s and Lays, and you will make that best friend date the best date she has ever been on – IMAX movie, ice cream cake, amusement park tickets…your job is to make her laugh and forget his bullshit – and you always succeed.

15. These one-on-one dates are also necessary because the guy just sucks – you are constantly thinking up excuses as to why you can’t hang out with them as a couple anymore, other than the real fact that he makes you want to rip your eyeballs out of your face when he starts talking. 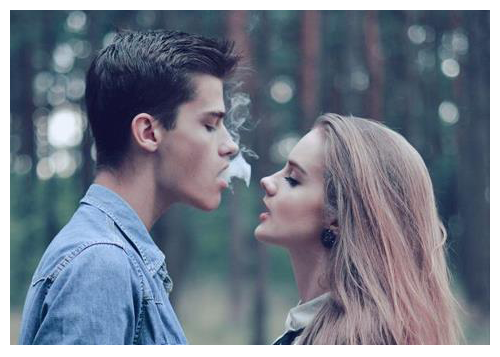 16. You take her to the club and reassure her that she could do a million time better, she is stunning, and the supermodel bartender definitely wants to take her home.

18. Yet still have the hidden happiness of a child in an infinite candy store when you find out they broke up. You will comfort her into eternity, but are also secretly happy that you get her back all to yourself.