Whether you’re a true believer who thinks astrology rules the world, or you think it’s all a bit ridiculous, you’ve probably read a couple of horoscopes in your time. It’s really up to you if you want to take it seriously or just read it for your own amusement, but there is a belief that Zodiac signs are linked to certain character traits. That’s why you hear people say stuff like “oh he’s such a Leo” or “typical Pisces”. Today we decided to take a look at the most prominent character traits that men have according to their Zodiac sign and see what kinds of things they hate hearing.

Aries
Phrase to avoid: “We will do this as I see fit!”
Aries men are born leaders. They love being in charge and they want things to be done their way. They want to feel like their decisions matter and like they’re responsible for the choice they make. They appear strong-willed and confident on a good day, and can come off a bit arrogant when things don’t go according to their plan. So if you want to keep an Aries man happy and still get things done your way – you’re going to have to be sneaky. A straight up dominating partner will make an Aries man miserable. 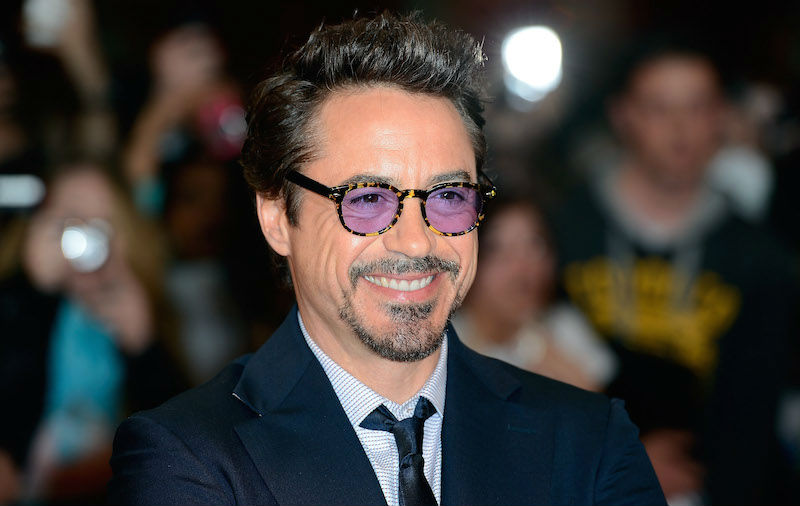 Taurus
Phrase to avoid: “I’m not looking for anything serious”
Taurus men can appear shy and mellow, but as everyone knows, once you provoke them, they will attack. They’re generally very loyal and devoted partners. Sure, they can be stubborn, they don’t open up easily, but once they do they’re in for the long run. Saying “I’m not looking for anything serious” to a Taurus you’ve been seeing for a while is like a slap across the face. It hurts them on a personal level and leaves them no choice but to withdraw or start a fight that will end with a breakup. 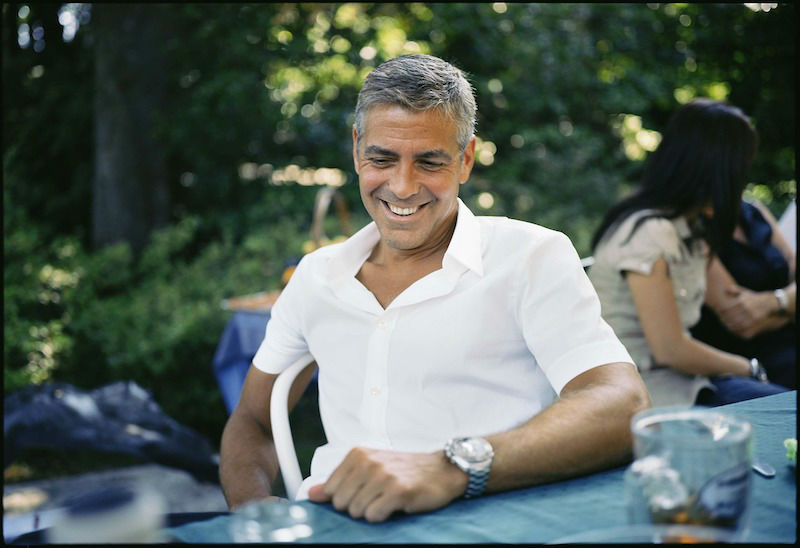 Gemini
Phrase to avoid: “Let’s establish a routine”
Gemini men are usually very chatty and have a way with words. They are brilliant at expressing their feelings and emotions, showering you with compliments and choosing the right words to make you feel like the most gorgeous person in the world. They’re very energetic and agile by nature and have a constant need to discover new things and explore the world they live in. Gemini love travelling and going on all sorts of adventures. So it’s really no surprise that any mention of a routine will put a damper on their mood in the best case scenario and will put them off you altogether in the worst. 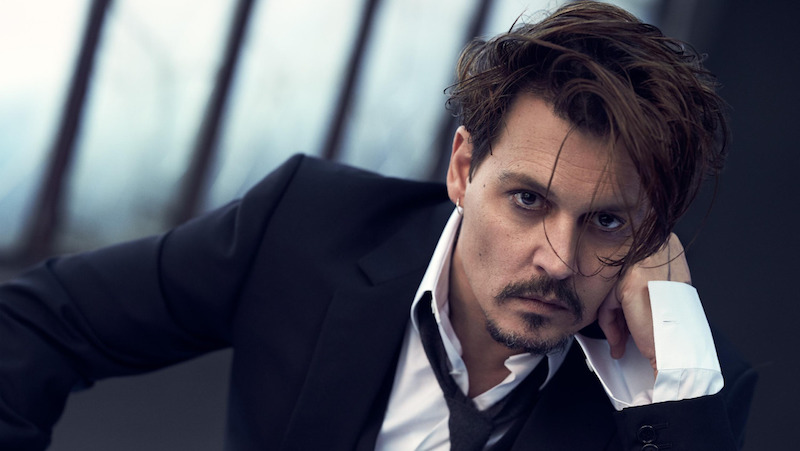 Cancer
Phrase to avoid: “I don’t need you.”
Cancer men like to feel needed. It doesn’t matter to them whether it’s about huge life decisions or changing the lightbulb – they want to be one to save the day. They’re constantly in problem solving mode. While you’re having a nice meal at the restaurant and the table’s a little shaky they want to fix the table, when you’re in a car enjoying the ride – they’re listening to the engine to make sure it’s not broken. You might think they’re overly fixated on helping and fixing things, but really it’s just what makes them feel important and needed. If you say “I don’t need your help” they feel like they don’t matter to you. 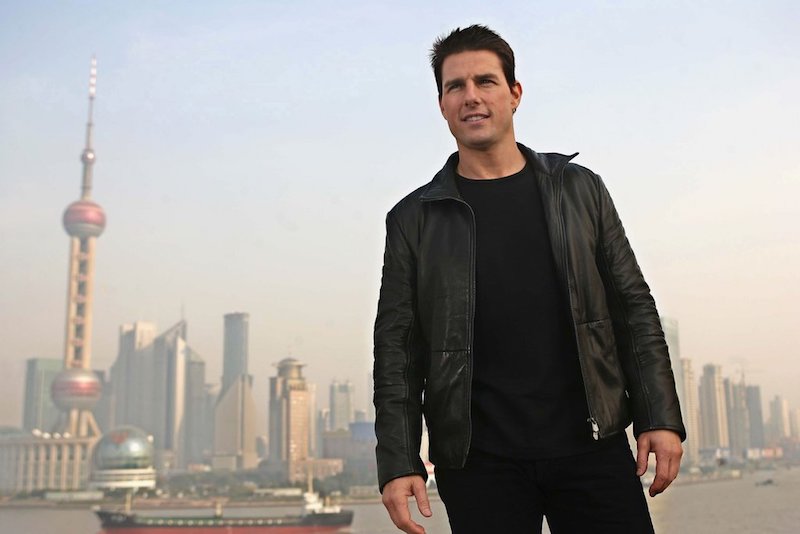 Leo
Phrase to avoid: “Ok, what’s next?”
A Leo loves being in the spotlight. He likes feeling like a king in the castle. Leo wants to enjoy every moment of his life and if there’s a partner to share it with – even better. It will only add to his feeling of importance, and he’s happy to be admired. However, if you start bugging Leos with questions of “what’s next” instead of enjoying the moment – prepare to meet the kind of the jungle in full fury. 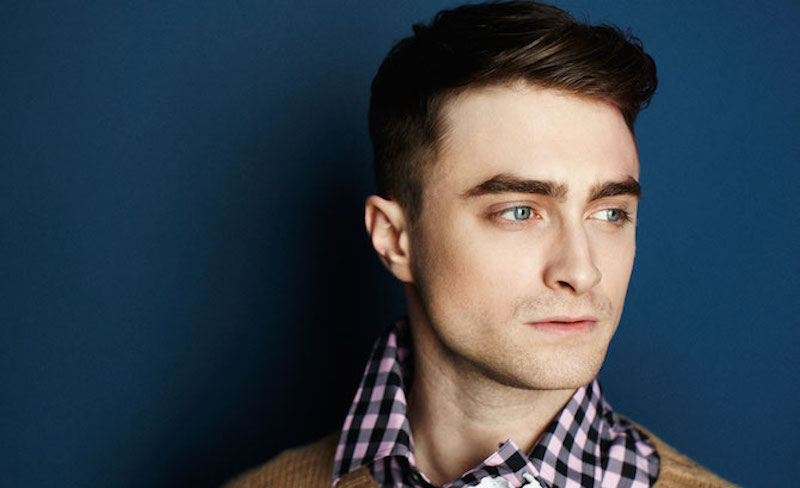 Virgo
Phrase to avoid: “I’m not a damsel in distress, I do not need to be rescued”
Men born under the sign of Virgo are real knights in shining armour. They’re the princes on the white horse. They’re kind, caring, attentive and sympathetic. A Virgo will always be there to provide a helping hand and a shoulder to cry on. They love being the one to help a damsel in distress. So if you say you’re not one – they will promptly go and find someone else who needs saving. 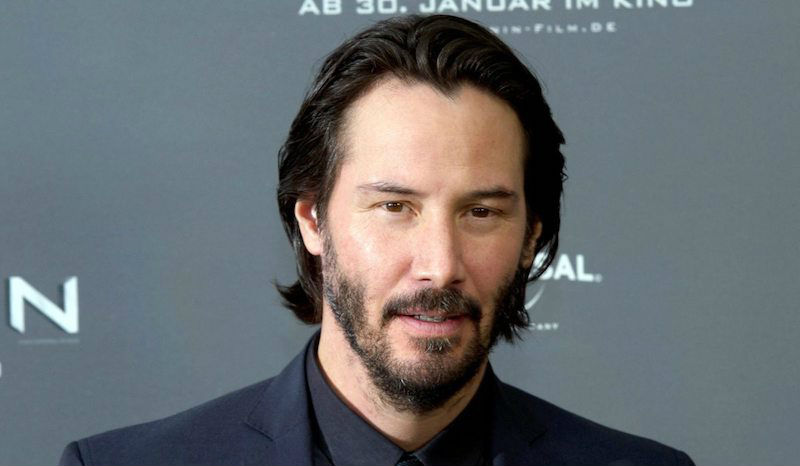 Libra
Phrase to avoid: “I do not want to make any decisions. Can you decide?”
Libra men generally are good at resolving conflicts and being a mediator. They’re a good judge of character and they’re great at staying neutral in many situations. When choosing a partner Libra wants to find an equal companion, someone he can rely on. He doesn’t want to make all the decisions and solve all problems, he just wants to share all responsibilities 50/50. So if you’re not interested in a democratic approach and would prefer a macho man – Libra isn’t the guy for you. 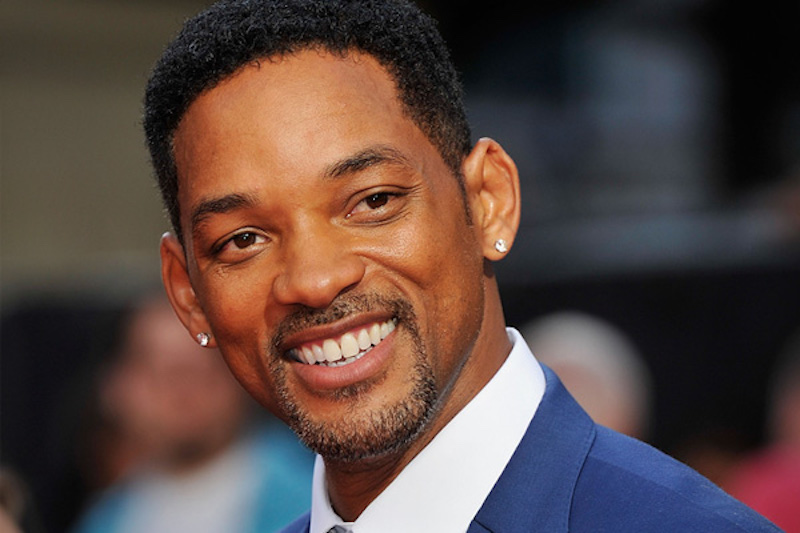 Scorpio
Phrase to avoid: “I’m not that ambitious”
Everyone knows how hot Scorpio men are. They’re great lovers and they will try their best to please you both in life and in bed. They love power and consider themselves to be quite powerful people and that’s what they look for in a partner too. Nothing excites them more than a strong, independent, powerful woman. So phrases like “idk, i’m not that ambitious really” just put Scorpios off. 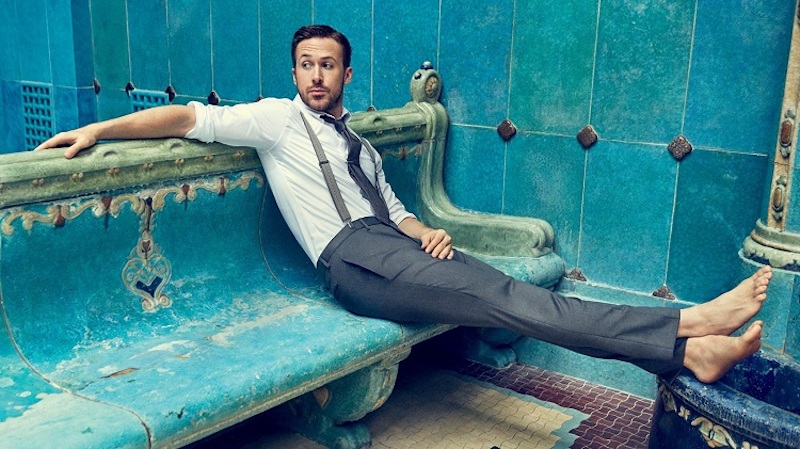 Sagittarius
Phrase to avoid: “Just leave it as it is, we don’t need to experiment”
If you’ve never dated a Sagittarius guy, don’t worry, you’re not the only one. They’re very hard to tame and they don’t really like being tied down. Sagittarius men are usually found traveling across the globe, discovering new places and trying new things. They love sharing new experiences with their partners, so if you’re not up for adventures and experiments you probably won’t get along with a Sagittarius. 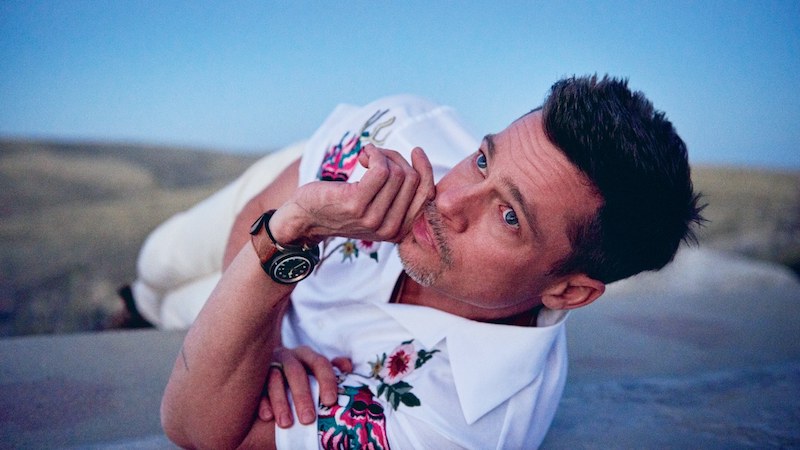 Capricorn
Phrase to avoid: “This is just a fling”
If you’ve ever dated a Capricorn you’ll know that they are serious about their relationships. Capricorns don’t open up to people easily, they need time to establish trust. However, once you manage to earn their trust you’re golden. They will be the most loyal and devoted partner ever. However, if you don’t take it seriously and treat them as a fling, they will be gone in a heartbeat. 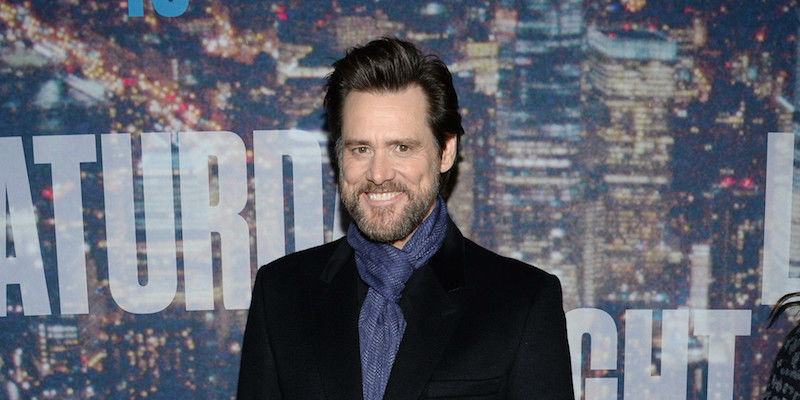 Aquarius
Phrase to avoid: “I don’t get you”
A relationship with an Aquarius is like a rollercoaster, they’re always up for something thrilling. They’re not strangers to dates that will give you an adrenaline rush. You might think he’s taking you out for a romantic movie, but instead he’ll take you to see a horror film. They’re not into boring things and routines. Skydiving, scuba diving or bungee jumping are all great date ideas for an Aquarius. They have a lot of passion for life and they want to share it with their partners, it’s how they show their love. So when you say “I don’t get you” to them it sounds like “I don’t feel loved”. 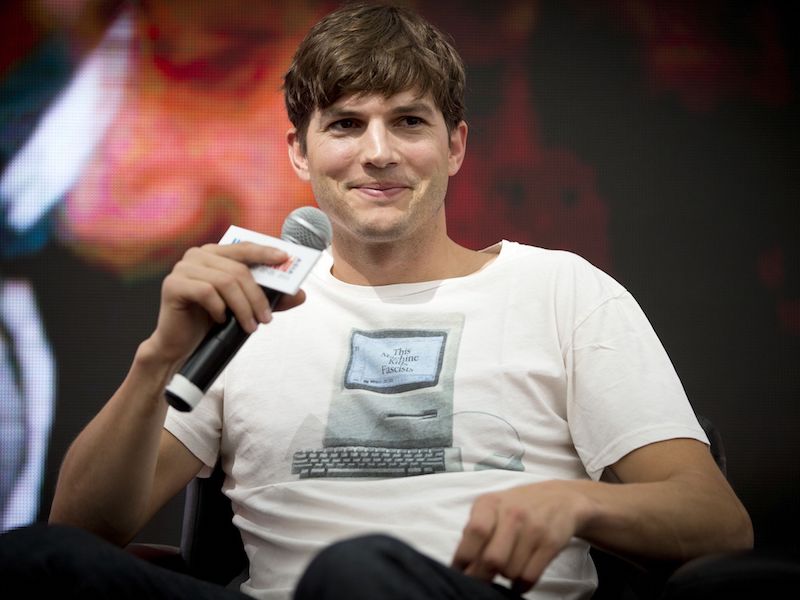 Pisces
Phrase to avoid: “Stop daydreaming and do something!”
Pisces are deeply sensitive and vulnerable. They’re very in tune with their feeling and that’s what makes them great partners. They always know when you’re not feeling well and will always be there for you. Their emotional availability usually means that they make great artists, writers, poets, etc. Pisces are creative people, you know, which means they do spend a lot of time with their head in the clouds, thinking about their future masterpiece. When you tell them to “stop daydreaming” they take that as an insult, an insinuation that what they’re doing is not worthwhile, and since they’re quite sensitive by nature you know it’ll hurt them for a long while. 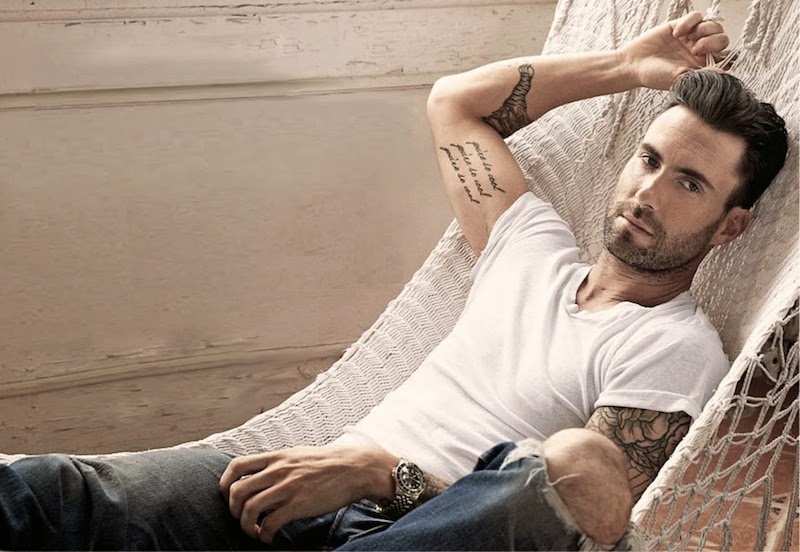