Make-up trends come and go, but there’s one thing we know for sure – they never disappear forever. Take a look at modern fashion shows and you’ll be taken aback by the variety of styles that are inspired by ancient Japan, medieval France, futuristic cyberpunk themes, and even wild disco fashion from the 80s. The same goes for make-up! Humanity started experimenting with make-up back when Ancient Egypt was in its prime, and we haven’t stopped ever since! Frosty lips, rainbow eye shadows, powders and blushes of all sorts, a variety of sponges and brushes that would put even the most talented painter to shame…Make-up is one of the most versatile art forms that just doesn’t get old. It constantly reinvents itself using old-school techniques to create new fashionable looks. Here are 10 make-up trends that went from cringe to absolutely cool during the last few decades.

Colored Mascara
Colored mascara is not something you see women wear every day. Most of us don’t even remember the times it was actually trendy – that’s because the 80s era of crazy makeup is long gone as are most of its peculiar trends. But not this one! People used to wear pink and blue colored mascara everywhere, including schools and works, and it seems that trend is about to hit the fashion world hard once again, stronger than ever. Even Chanel included some bright and flirty colored shades into their beauty lines! We still have our beloved blacks and browns, but it’s good to have that variety of colors to spice up our lashes. 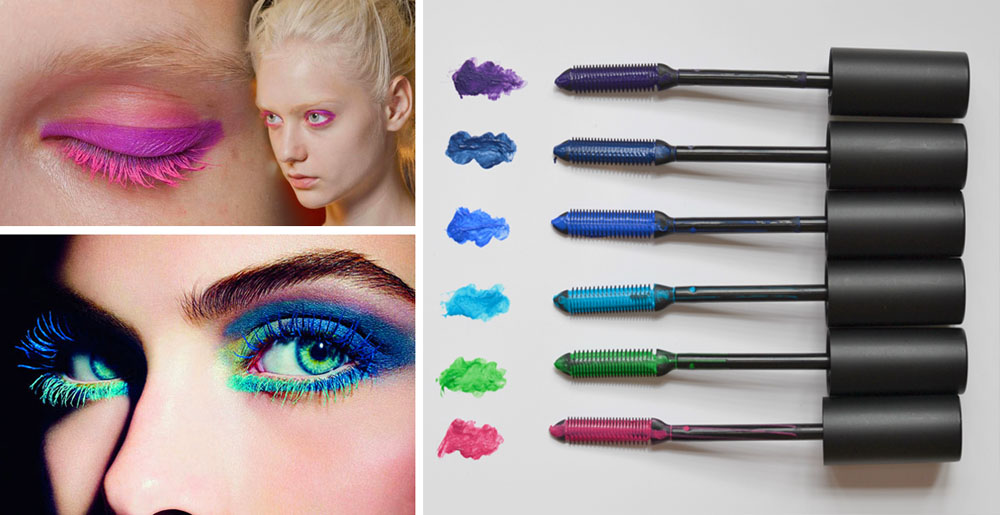 Frosted Lipstick
It’s been a while since we’ve last seen someone rocking frosted lipstick. In fact, last time someone was bold enough to do this was in the 90s! It was a make-up trend that won over ladies of all ages and occupations from young students to businesswomen and office workers. The hype somewhat died off at the beginning of 2000, but the trend is back once again! The lipstick was transformed a bit and now looks cooler than ever with a new formula that is less glittery and more classy. We actually hope this trend stays longer this time! 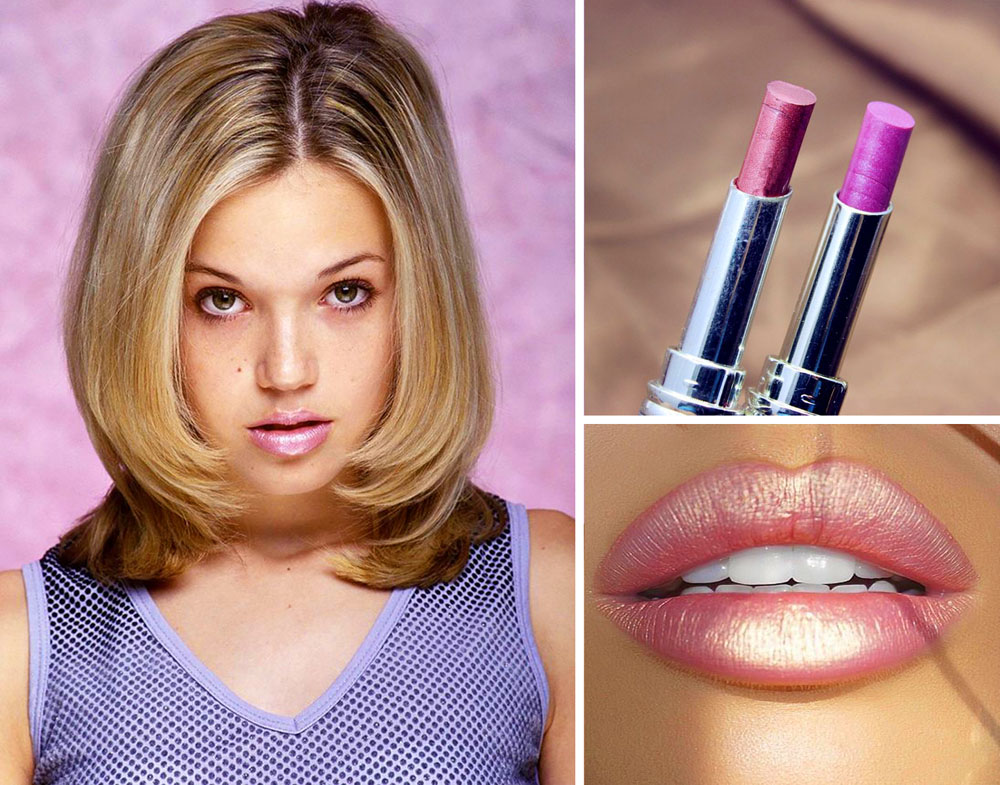 Pastel Eye shadow
We still don’t understand why pastel eye shadows had to go – there was nothing radical about them in the first place. Nonetheless, they disappeared from the fashion world for more than just a few years before making a grand return. Pastel colors look fresh all year round and especially good in spring. You can wear them anyway you want and the variety of colors is striking. The palette also gives off a young vibrant vibe that makes you completely fall in love with these subtle, yet gorgeous colors.

Face Decals
It seems that face art is making a comeback and we still don’t know whether that’s a good or a bad thing. Some of you probably remember Gwen Stefani rocking bindis and all kinds of shiny jewels all around her face…Well, now you can get away with doing that, too! These days fashion is as crazy as it was 20 years ago, so it’s only natural for face embellishments to come back. All they needed was a little push from Kendall Jenner and her love for experimenting with different styles! 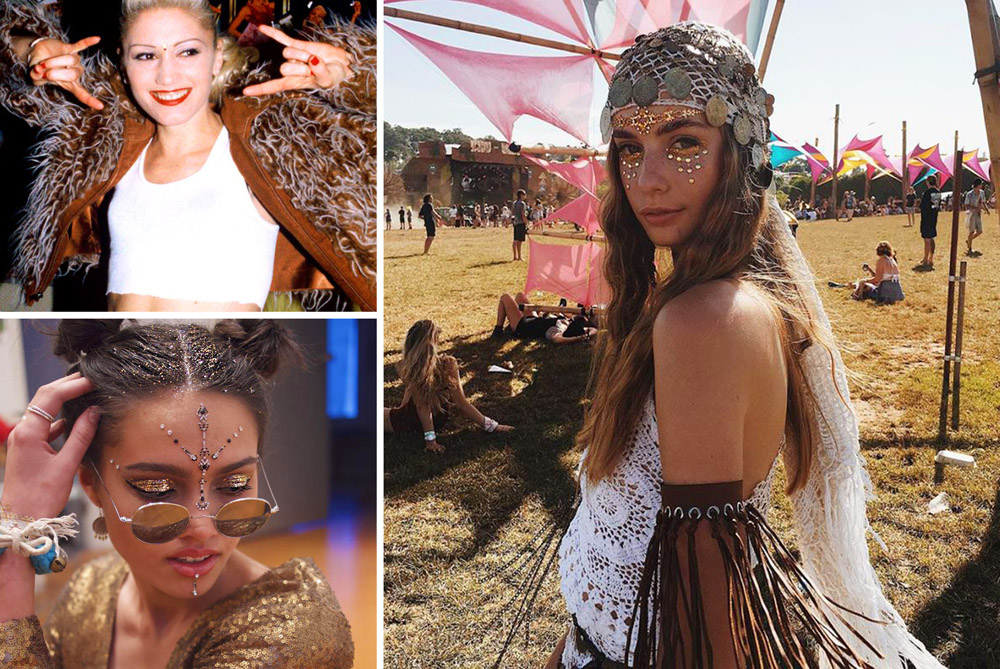 Draped Blush
Draped blush doesn’t seem like a trend that came back from the ‘dead’, but it actually is! It was hugely popular in the 80s when they used a technique similar to modern contouring every beauty guru is telling about these days. The main difference is back in the day women had only blush to experiment with – and that they did! We should thank Marc Jacobs for bringing back the dramatic contouring blush techniques we all so love and enjoy today. His Air Blush Soft Glow Duos made it possible for women to experiment with blushes once again! 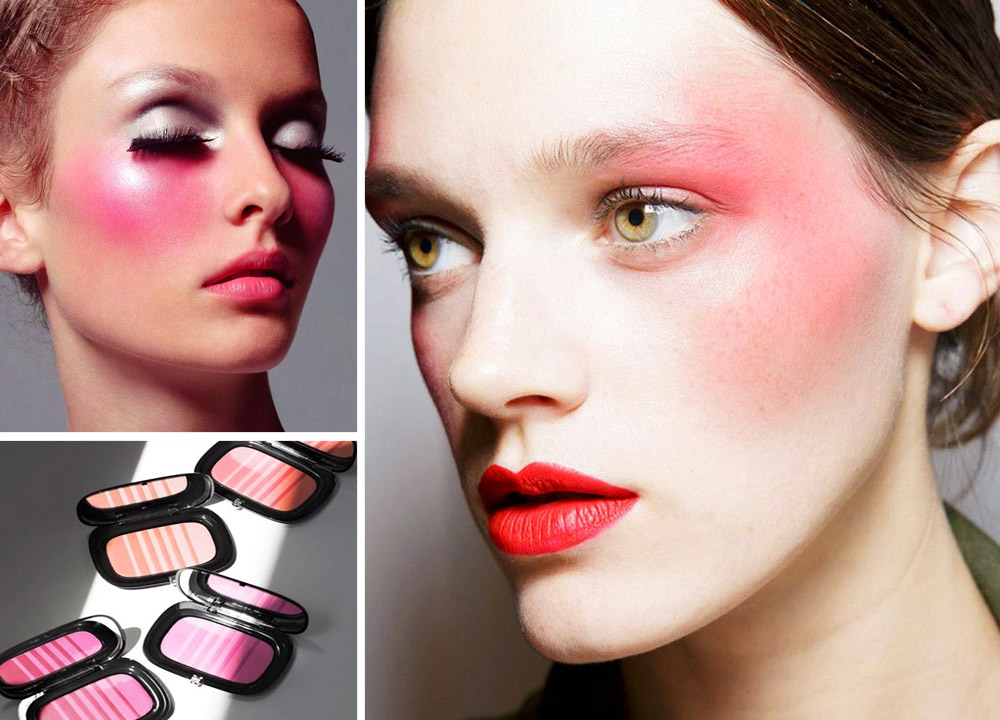 Body Glitter
We admit that glitter has never quite left the world of fashion and make-up, but back in the 90s you basically couldn’t go out in the evening without adorning yourself with a few handfuls of glittery stuff. The main problem was that glitter ended up everywhere you went and make-up trend-setters soon got tired of that ‘special effect’. Nevertheless, glitter has made a comeback! We can thank Gigi Hadid for rocking a bit of glitter and looking so good in it that everyone immediately wanted to try it themselves. 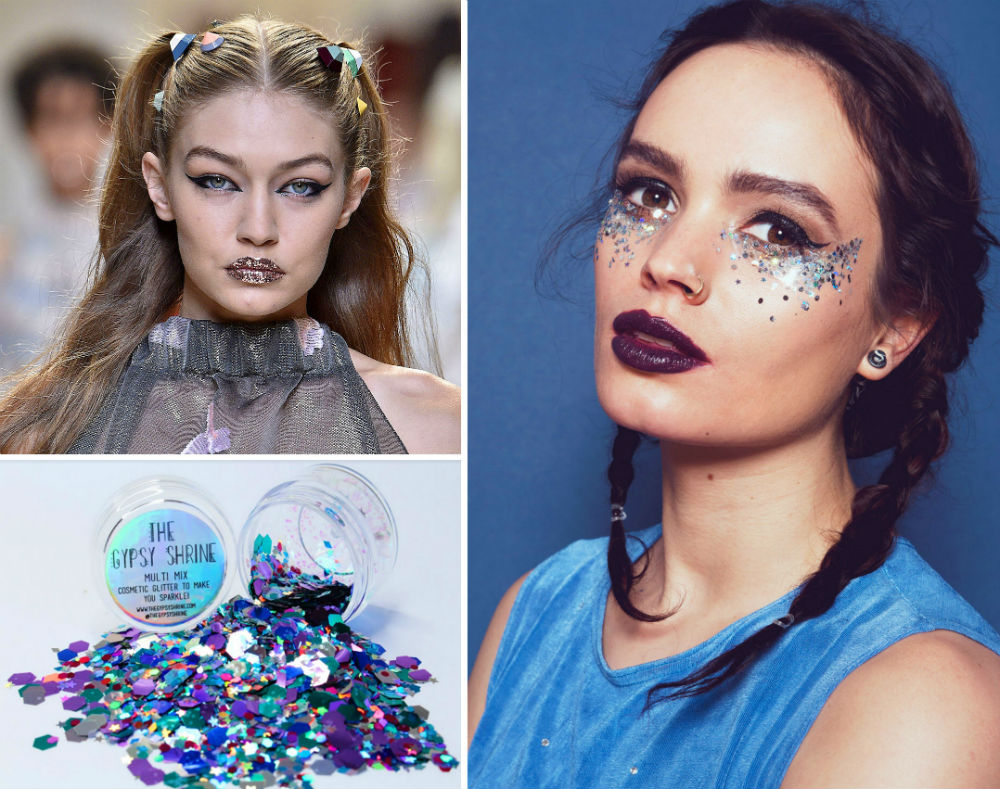 Ultra-Thin Brows
It’s weird with skinny brows as the trend comes and goes all the time. But it never disappears for good! Right now things are all mixed up in the make-up world – some models like Cara Delevingne rock full bushy brows and look like superstars, while others still choose to do some plucking and look gorgeous with ultra-thin brows. Skinny brows are back and this time they’re here to stay! 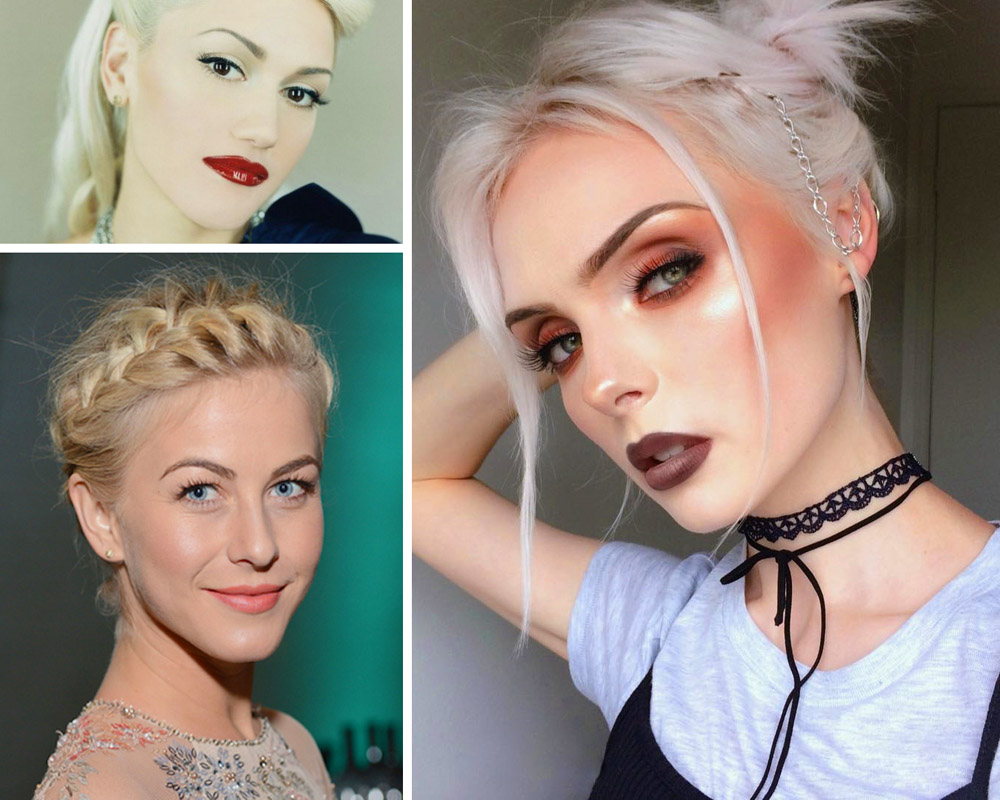 Hot Pink Lips
Do you remember those times when the bolder lipstick you used, the better it was? Yep, neither do we. It were stars like Madonna who made bold lip colors popular back in the day with thousands of women following the new trend. But we all know that fashion tides change quickly, and before we knew it, hot-pink lipstick became one of the tackiest things on Earth. But guess what? Celebs finally brought the lively neon-pink back to the fashion world! You can now enjoy it once again by pairing it with barely-there eye shadow and a hint of blush on your cheeks. 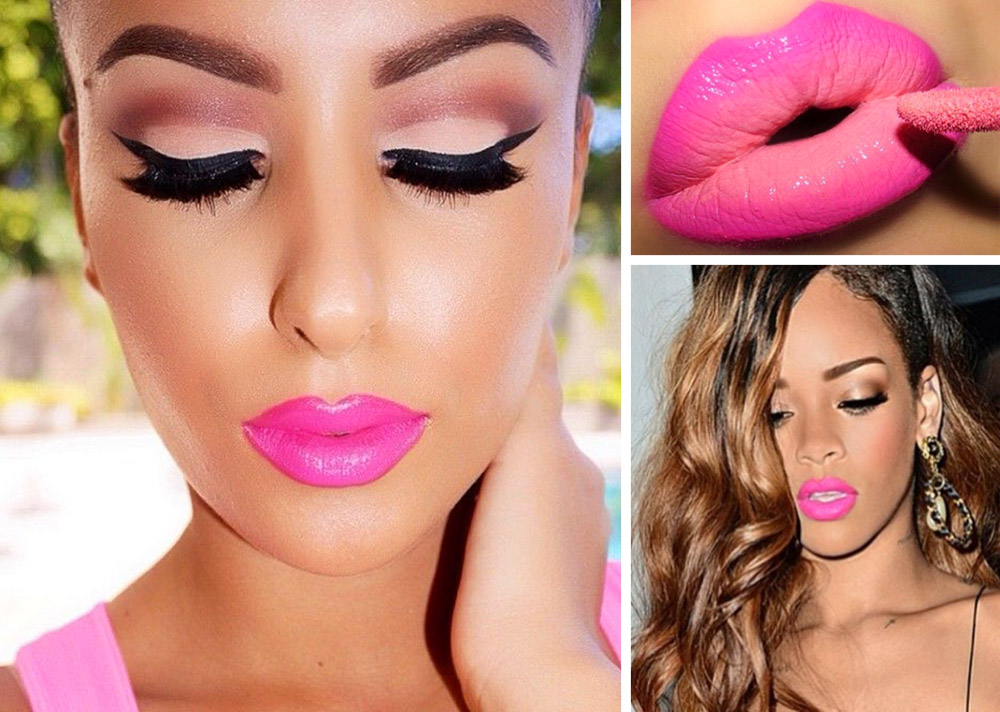 Blue Eye shadow
Can you imagine a time when something as gorgeous as blue eye shadow was regarded as tacky and cringe-worthy? We surely can’t, but this was just the case not so long ago. After most of crazy make-up trends of the 80s died out, it was time for warmer colors to rule the fashion world. But not for long! We might have tossed away our colder palettes once, but now they’re back in the game. It’s true that blue is a tricky color that’s hard to pull off, but once you find your perfect shade of blue – it’ll be the best thing that has ever happened to you! 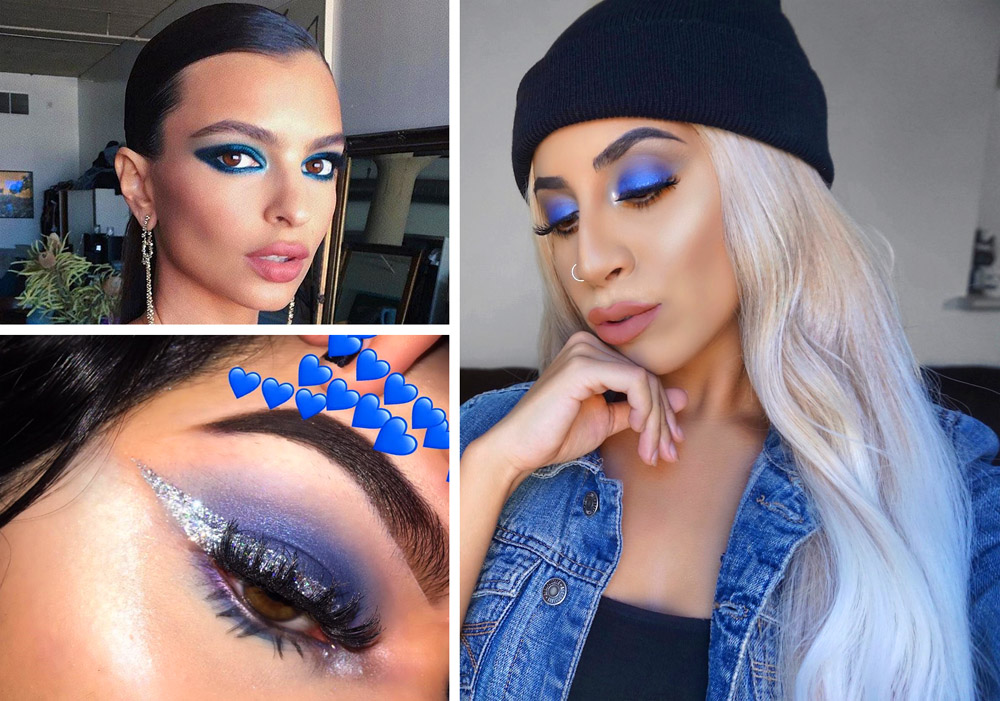 Black Lipstick
It seems that black lipstick hasn’t been with us so long – the trend has been coming and going for the past few years, never quite leaving the world of make-up We were truly surprised to find out that the idea to wear black lipstick first appeared in the early 20s to return years later when Goth culture flourished along with a few different punk styles. It is definitely one of the hardest colors to wear, and while it’s perfect for fall and winter, it’s almost impossible to wear it all year round. Once again, we have the fashion world and the likes of Kendall Jenner to thank for the return of black lipstick. It’s impossible not to fall in love with this look once you see it on the runway! 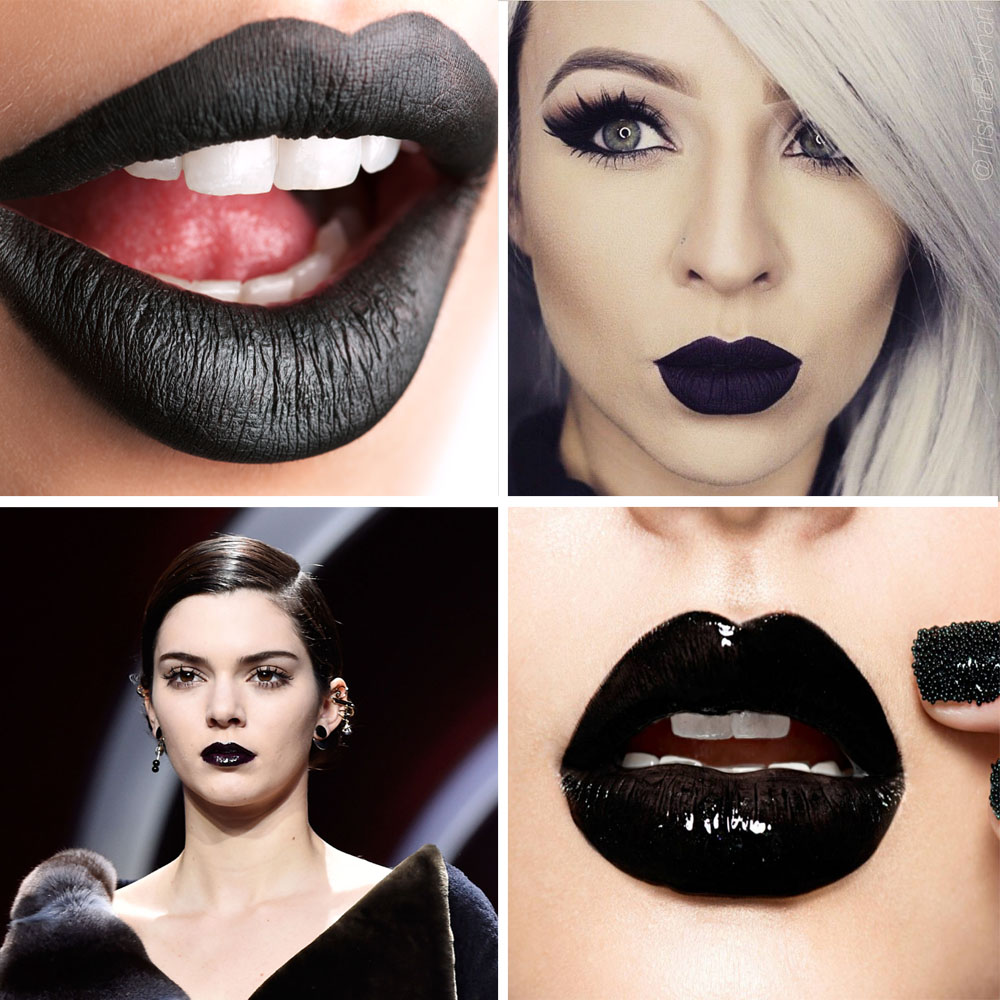