One of the things we have to do as an adult is to get a job. Some of us go for the standard 9 to 5 option. Whether that means a desk job at the office, a retail job or one of those customer service jobs that require you to make coffee for people every day. Others pick something more creative, like being a musician, actress, makeup artist. Being a blogger or an online influencer is probably the newest and weirdest job options. But still, there’s one job that is bound to surprise and excite every girl, and that’s the job of being a Disney Princess.
A lot of us dream of being a Disney Princess as a child, but few consider the possibility of actually pursuing that dream as we grown up. We don’t really think of it as an option, even though it is. Disney Land, Disney World amusement parks around the world make that dream job a reality. However, being a Princess is not easy. There’s many requirements you have to fit in order to become a Disney Princess and today we’re going to talk about those.

1. Look The Part
First things first – you’ve got to look like a princess. And we’re don’t just mean your appearance. If you’ve got the same long flowing hair, that’s nice, but facial features, height and build matter way more. There’s very specific height requirement for Disney Princesses, so even if you’re the living incarnate of Cinderella, but you’re taller than 5’7 – you’re not getting the job. If you want to be Tinkerbell or Alice, you’ve got to be much shorter than that. However if you match all the criteria, you might even get to play more than one princess during your time in Disneyland. 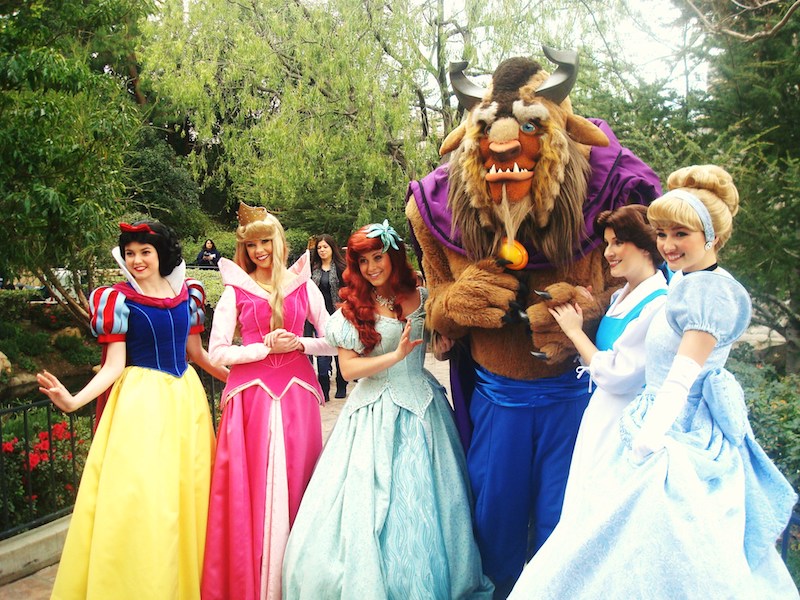 2. Actually Get The Part
The auditions to become a cast member at Disney are gruelling and can be quite brutal. They gather all of the girls in one room, line them up and them casting managers just walk up to each of them and look closely at them, judging their height, body complexion and whether or not they can imagine them as a certain Disney Princess. Can you imagine someone just staring at your face, judging your looks? The amount of scrutiny is insane. And afterwards they will just ask some of the girls to leave. Those who remain go on to the next round of the auditions which involve acting as a certain Princess, singing, learning a dance routine in a limited amount of time and lots of other tests. This can take hours upon hours. 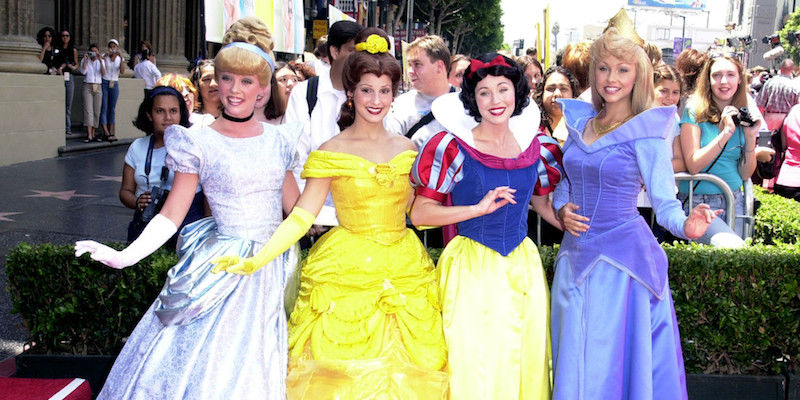 3. Learn The Part
Just looking like the princess isn’t enough. The lucky ones who do get the part, have to spend five days watching the movies with the characters they’ll be portraying and study them. Learn to talk like them, sing like them, walk like them. You have to be able to imitate all of the mannerisms, know about what relationships they have with other characters and be able to quote the memorable lines from the movies word for word. 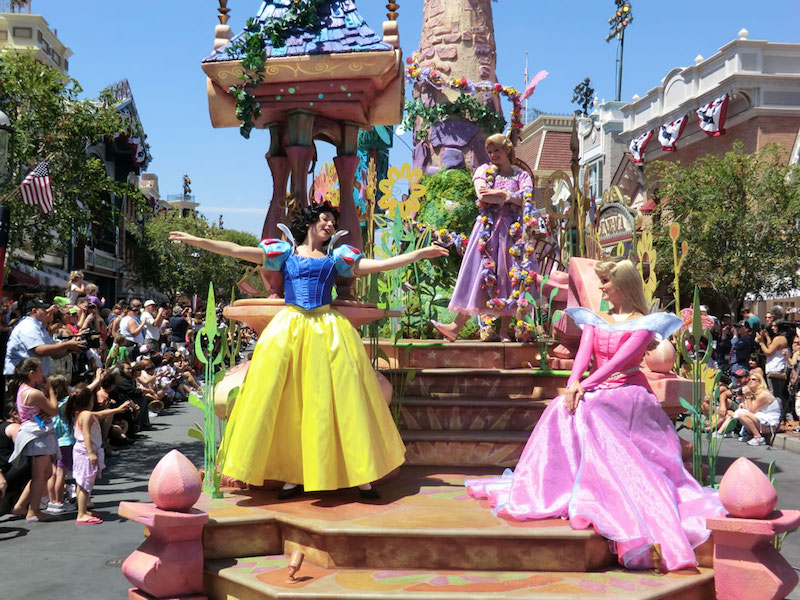 4. Imitating a Princess
So ok, even after you have learned everything there is to learn about your Disney Princess, you still have to go into costume, hair and makeup. And since there will be a couple of girls imitating the same princess you have to coordinate everything with them to make sure your eyeshadow looks exactly the same, your eyeliner looks the same, the amount of blush is the same and that your lipstick looks the same. It’s not easy. And then there’s wigs that you have to wear every single day. By the way, did you know that all princess wigs at Disney are washed and styled every single day? They do this so that every Disney Princess’ hair looks fresh and as real as possible 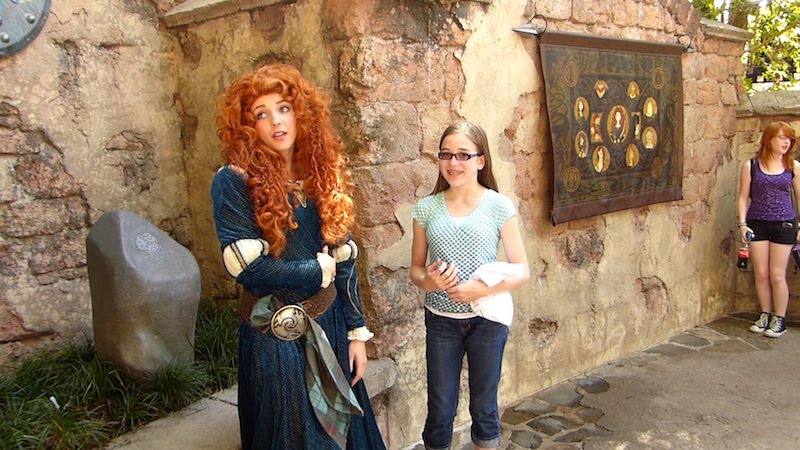 5. Improvisation Is Key
Acting like a Princess in a controlled environment is one thing. But going out and interacting with people in Disneyland is a whole other deal. You can’t just quote your princess all the time. Sure, there will be situations that are perfect for throwing in quotes, but most of the time you’re going to have to adlib and answer a lot of questions that kids might ask upon meeting their favorite princess. And you’re gonna have to think on your feet and not only find answers, but also make sure your answers match with the world views of your character and answer in the manner your character would. For example Mulan might be confused when asked to take a selfie, Pocahontas might get curious about cellphones ones presented with one and Merida would probably get a little fired up if someone proposes to her. 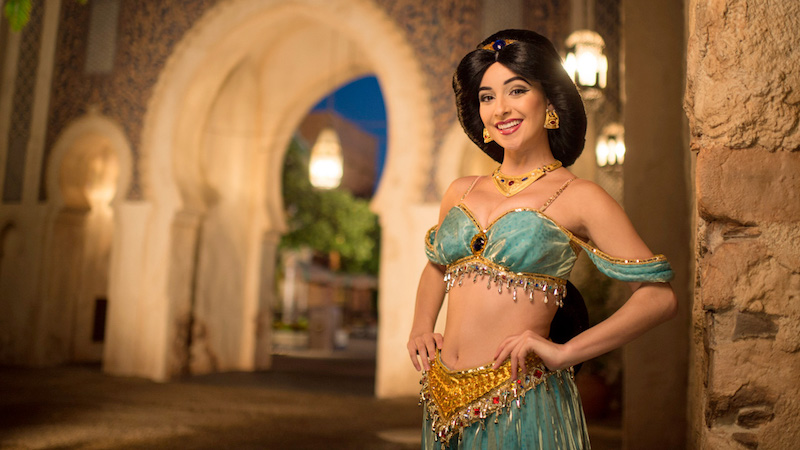 6. Be Prepared to Meet Tons Of People
Being a Disney Princess means having lots of meet and greets. According to past cast members, around 170-200 people per hour. Even extroverts might find that challenging, but if you’re an introvert, consider what a toll that would take on you. And it’s not just meeting new people all the time. It’s the fact that you do have to talk to them, be peppy and sweet, make sure they’re happy with the interaction they get, all while staying in character. 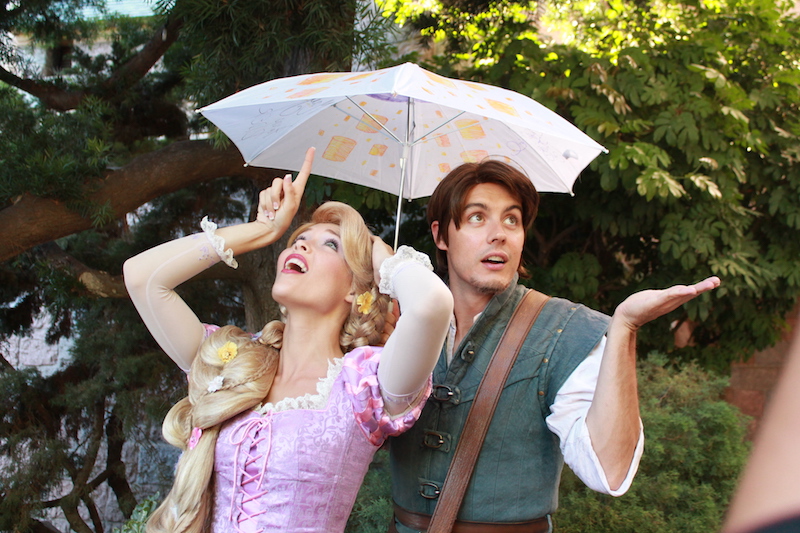 7. Your Face Will Hurt From Smiling
As you probably know, Disneyland is the happiest place on earth. That means all of it’s residents are happy and smiling most of the time, if not all of the time. Which means two things for Disney Princesses. First – your teeth have to look pearly white and shiny, so that could mean some whitening strips and no coffee. And second – be prepared for your face to hurt. Smiling seems easy, but try doing it all day and your face will cramp up. Just consider the amount of pictures Disney Princesses have to pose for and how many people they interact with – and they’re smiling the whole time. On the other hand, we hear your face gets used to it in a couple of weeks and your face hurts less after that. 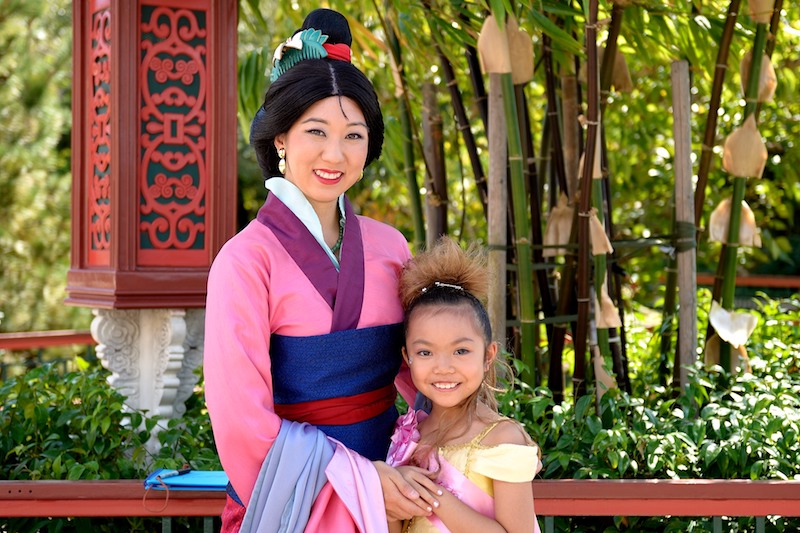 8. Know Your Limitations
Part of being a Disney Princess is keeping up the pretense of being from a whole other world. A world of Disney, once that doesn’t have iPhones or Instagram or any popular memes. A princess should also keep up the pretence that she only knows as much about the world as her character. So for example, even though Cinderella and Ariel are both famous Disney Princesses, they have no way of knowing about each other. So if a kid comes up to Ariel and asks whether she texts a lot with other princesses, she should act confused and not really know what that means. 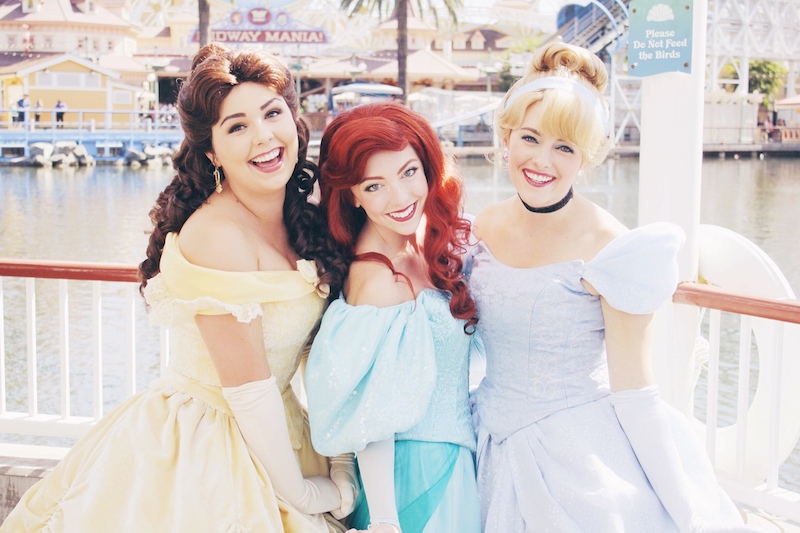 9. You Will Meet Some Creeps
Part of being a Princess is being quite restricted in clothing choices. You can’t really choose to cover up and wear long sleeves if you’re pretending to be Pocahontas. And unfortunately even Disney can’t protect you from creeps that try to hit on young girls and ask for their phone numbers. What’s even worse, is that some past cast members have said that it’s often the grandpas that are visiting Disneyland with families that will whisper something like “when do you get off work” while taking a picture with the Princess. 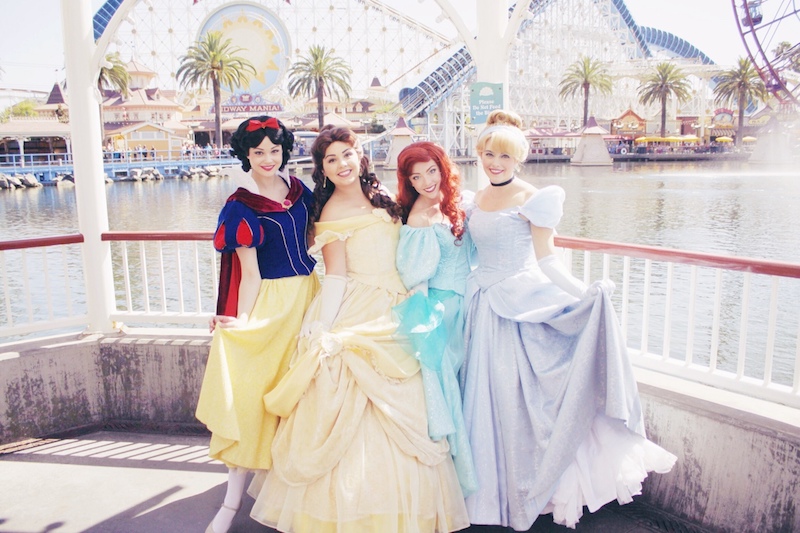 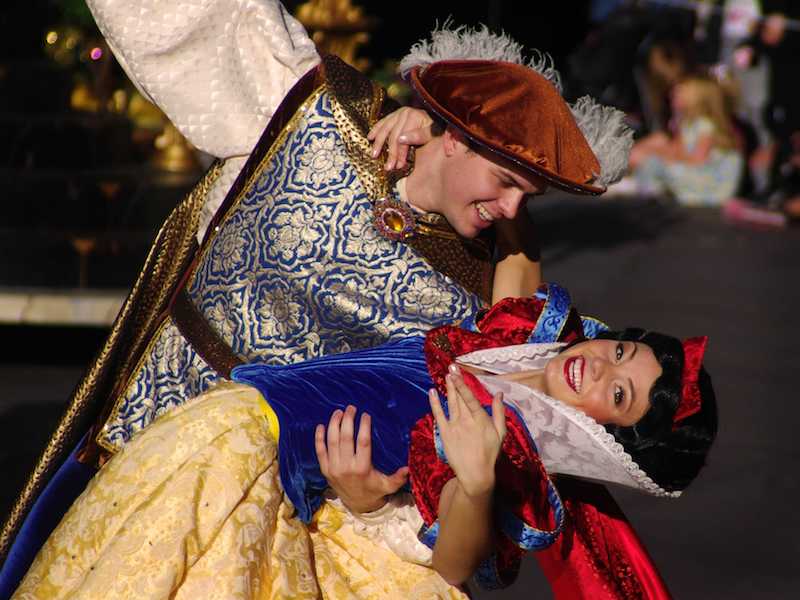 11. Don’t Talk About Your Job
Another challenge that all Disney Princesses face is not being able to talk about their job to anyone who’s not a Disney employee. It’s kind of like Vegas. What happens in Disneyland, stays in Disneyland. Not only are you not allowed to complain about a hard day at work to your friends, or on social media, you’re not even allowed to tell people what character you are portraying. It’s all part of protecting the magic of Disneyland. 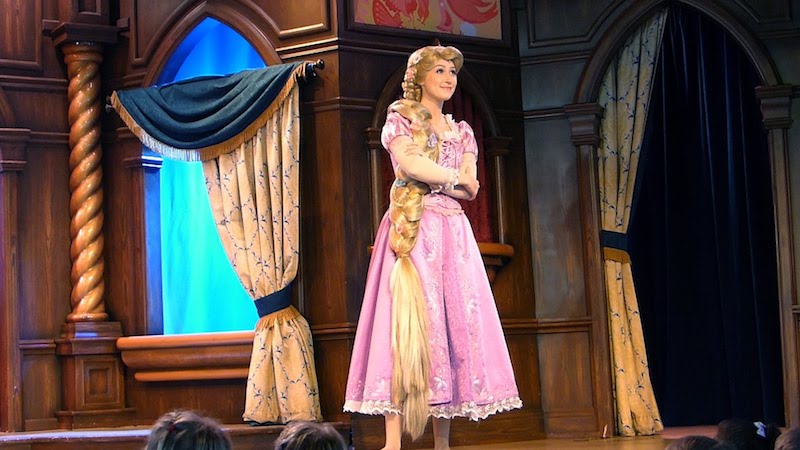 12. You Will Become Part Of The Magic
As you can probably tell by now, being a Disney Princess is hard work. On top of that, its long hours, it’s a lot of stress, it’s not a career option and it’s barely above minimum wage. However there is a silver lining. You get to become part of the magic of Disneyland. And you get to make kids’ dreams come true. Meeting their favorite princess is a big deal for kids. It could be life changing. You get to be part of their special day, a memory they will treasure forever. So in the end, it’s really worth it. 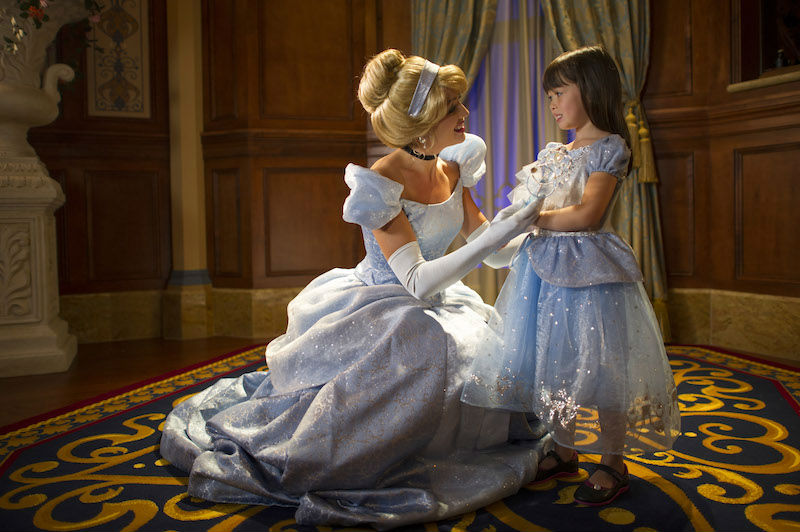